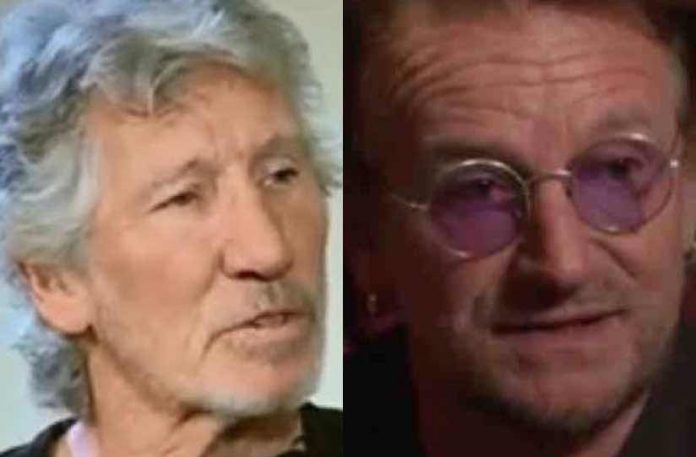 There hasn’t been much to be said as of late when it comes to Pink Floyd’s Roger Waters or U2’s Bono. Both of these legendary bands have made their mark on music and seemingly moved forward with ease. While the road to success is never an easy one, it does come with pop culture references that will forever be used throughout mainstream media. This is where it gets incredibly odd, actually. With the tensions continuing to build between Russia and Ukraine, there has been a lot of discussion on what the United States will do in such events as those unfolding currently. The war has seen many citizens and soldiers pass since the start of it.

To ease the minds of those across the world, Nancy Pelosi read a poem written by Bono to heal the world and to celebrate St. Patrick’s Day. No one asked for it, however. What’s worse is that the poem was followed by interpretative dance which then lead to Putin declaring that the war was over and all was well again as he apologized to the world. At least, that’s how Nancy Pelosi thought it would go. The poem from Bono read by Nancy states: “Oh St. Patrick, he drove out the snakes, with his prayers, but that’s not all it takes. For this smoke symbolizes the evil that arises and hides in your heart as it breaks. And the evil risen from the darkness that lives in some men, but in sorrow and fear, that’s when saints can appear, to drive out those old snakes once again and a struggle for us to be free from this psycho in this human family, Ireland’s sorrow and pain is now the Ukraine, and St. Patrick’s name is now Zelenskyy.”

As Nancy closed with that poem she states: “How about that?” Twitter erupted.

Politicians aside, Roger Waters had some very choice words for the whole show as he wrote: “Isn’t it enough that the eejit BONO goes and hobnobs with the oligarchs at DAVOS every year without getting the eejit Nancy Pelosi to foist his shi**y poem on us?”

Isn’t it enough that the eejit BONO goes and hobnobs with the oligarchs at DAVOS every year without getting the eejit Nancy Pelosi to foist his shitty poem on us?