Former Van Halen frontman Sammy Hagar has responded to a question for the first time about Eddie Van Halen health rumors. A rock icon claimed that Van Halen has ‘health issues’ yesterday, but didn’t give any details.

bcam14 asked Hagar, “Wish I could come see y’all, @sammyhagar! Caught you with Van Halen in ‘04 in Greensboro for my first ever concert. Blew me away! Speaking of which, have you heard from Eddie? Is he doing okay?”

Hagar responded with a detective eyeglass emoji, which you can view below, hinting that he doesn’t seem to have a definitive answer regarding if Eddie is sick.

They shouldn’t make an announcement because they owe anybody anything, but they should just to keep rumors and ‘news’ sites under control. Otherwise they’ll be pestered even worse should they step within 100 yards of a paparazzi.”

Mean Streets responded, “Well except for the fact that they love rumors. They have never come out and dispelled anything, the reason why? Who knows, but I don’t think Ed really cares what is said or isn’t said, the only thing on his agenda are things that make HIM happy. That’s probably as it should be. It’s frustrating, I’d love it if they connected more, but they’ve always kept the public at a huge length away, that’s not going to change,

Will we here from Ed again? Maybe, but it will certainly be on his time table if at all. One things for sure though, I’ll never get to hear Fools played live by the original band, that’s the only thing that saddens me.

But the 5 shows I’ve seen since 07, the I don’t know how many between 86-07 comforts me. I saw the man play his guitar solo in awe on many a night and there’s still the bootlegs and LWAN.” Eddie Van Halen’s relative reacted to an ‘accident’ claim earlier this week. 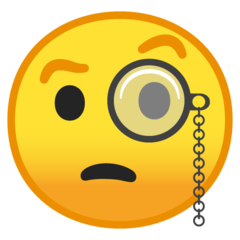