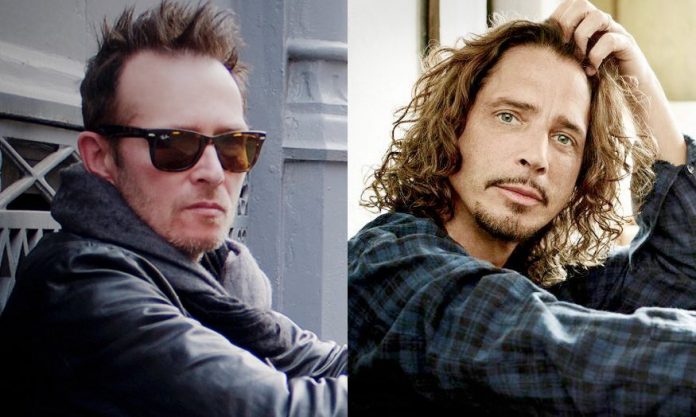 Stone Temple Pilots bassist Robert DeLeo reacted to being ‘lumped’ into the sound of Chris Cornell and Soundgarden, as many haters accused them of being Grunge ripoffs at the time, in a new radio interview. Scott Weiland praised many of his 90’s contemporaries during his lifetime, but denied that he imitated any of them. Robert DeLeo recently revealed why STP really fired Scott Weiland in February 2013. Alternative Nation transcribed DeLeo’s comments from a My Planet Rocks interview.

Host: It certainly did because in 1992 the debut album, Core, comes out and I didn’t discover Stone Temple Pilots until probably 1995. I remember going back retrospectively over that past three years and you seem to be, without meaning to be divisive, I think you got voted Best New Band and Worst New Band. You were either considered grunge wannabes or you were considered the unofficial members of the grunge big four.

Host: You were kind of labeled and lumped in, where did you see it? There were some grungy riffs but it wasn’t like Nirvana or Soundgarden at all and you were a little bit later as well.

DeLeo: Yeah, you know we were just playing and writing music. I never was really into labeling music. We were just playing what we kind of felt writing. I know you were saying we were voted but I think that word right there – getting voted, [I think] there’s just some much of that now. Whether it be on television or –

Host: Who has voted, who are these people, it’s that kind of thing. Are they fans or are they just bored?

DeLeo: I know and it just goes along with the territory of any kind of entertainment. I just think we were just always interested in writing songs, writing the best songs we could write and that’s really what it was about.

A never before seen Chris Cornell email revealing his fear of dying on a plane was recently revealed by his widow Vicky.