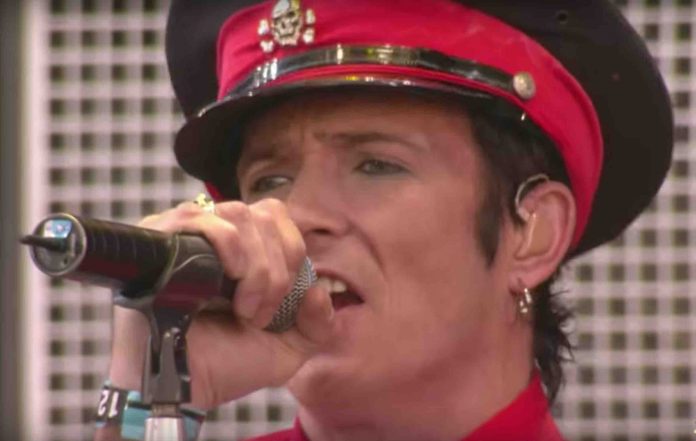 The eBay auction states, “Scott Weiland’s Black and Red Skull Hat from Velvet Revolver Days – Authentic. This hat was gifted to me by my late husband before he passed. It has been protected from light, dust, etc. in a container in my home. A certificate of authenticity will be included. Please message me if you have any questions.”

On his birthday, Gavin Rossdale reacted to a heartbreaking Scott Weiland photo. Jamie Weiland wrote on Instagram about having to sell the hat, “My husband gifted these to me years ago and they’ve been carefully cared for, and despite my affinity for #hats I never wore them. I am selling them – they’re on eBay and the auction closes soon. I would prefer to, of course, keep them but due to some not fun changes in my life, I need to part with them. If you’re interested please let me know and I’ll send you the link. Much love #scottweiland #velvetrevolver.”

Hopefully the Rock and Roll Hall of Fame buys Scott’s hats, because they belong there, along with Scott as an inductee with Stone Temple Pilots. Scott Weiland died in December 2015, after two and a half years of marriage to Jamie, who he married in June 2013. The couple met in late 2011 when Weiland was promoting his Christmas album. You can view the auctions on Jamie’s eBay page.