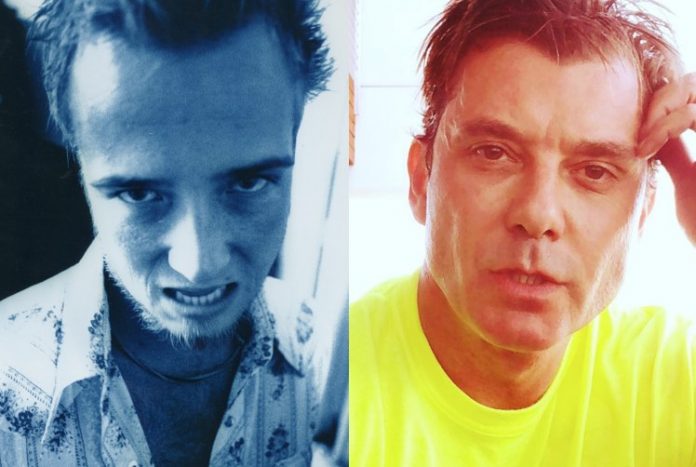 “Scott… with the recent rerelease of Purple we have delved into to this body of work and are reminded of your brilliance yet again. You shine Scott and more so… we miss you as you are missed by many. Many !!! Happy Birthday. ❤️⁣”

Former Scott Weiland and the Wildabouts bassist Tommy Black shared a video of Weiland performing “The Jean Genie” by David Bowie in 2015 to honor his birthday.

Scott Weiland’s widow Jamie recently posted a never before seen photo of Weiland talking to his dog Beatrice. Jamie wrote, “Not sure what they were discussing but it looks pretty serious. #beatricemweiland #dogsofinstagram #rescuedogsofinstagram #mansbestfriend #scottweiland #love.”

Howard Stern revealed why he still ‘misses’ Scott Weiland a few weeks ago. The Backstreet Boys member Nick Carter recently praised Stone Temple Pilots’ 2001 album Shangri-La Dee Da, and underrated gem that many see as STP’s most daring and experimental album. Carter said, “Was going through an Old Box with some pictures and letters in it and found this classic CD from the early 2000’s. God I love STP. #memories.”

Stone Temple Pilots are eligible for the Rock and Roll Hall of Fame, yet they haven’t been nominated and there hasn’t been any discussion in the media about them getting in, unfortunately. Maybe fans can make some noise and get Scott the respect he deserves.