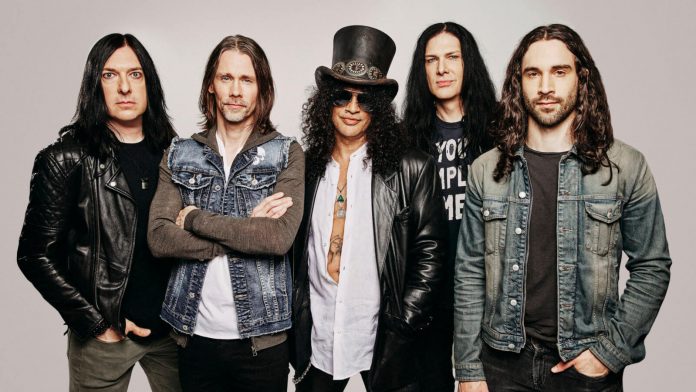 Howard started to play the song but it started in the middle so he gave up. He said he wanted to play the whole song. He asked the guys where the whole song is. No one was answering. He said he’s too tired from handling his mom’s issues to yell at anyone. Gary got on but Howard told him not to do it because he’s already in trouble with Richard’s hat thing. Gary said he’s not sure what’s going on but he didn’t want to leave him hanging there.

Howard said last night he had the whole song. He said he’s not sure who decided to cut it. He said he’s sure Slash wasn’t hoping that he started the song in the middle. He said he did this great performance and now he’s playing it from the middle. He said Will is brave and coming on to tell him what happened. Will said he just wanted to clarify that this was the version that was given to him last night. Will said they did send him the video link. Howard asked if he has to check everything. Will said no and they’ll have the whole song in a minute.

Slash also recently discussed his Gibson Records partnership with iHeartRadio, “We were looking for an alternative situation than the one we had previous. So we were thinking of different ideas. We were sort of a free agent; we weren’t contractually obligated to anybody. [And we thought] ‘What are we gonna do next?’ And then my manager and I had a conversation. He mentioned, ‘Gibson might be interested in being a label.’ And as soon as I heard that, I thought, ‘That could be a amazing fucking idea.’ Because not coming at it from a typical label mentality, and at the same time having the business savvy to know how to work a record, it just seemed like… And also just ’cause I have had such a great relationship with Gibson for so long anyway, and we’d be the first record on the new label, it just sounded like a match made in heaven. So I said, ‘Let’s do that.'”