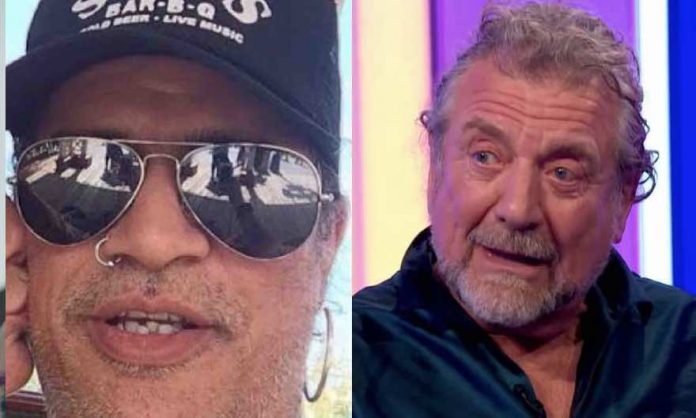 Guns N’ Roses guitarist Slash’s girlfriend Meegan Hodges has revealed some exciting Led Zeppelin photos. Sadly, it is not a Led Zeppelin reunion, though Jimmy Page recently shared a photo of the band back together. It is rare photos of iconic frontman Robert Plant wearing underwear playing soccer. Some may find the photos disgusting, while others may find them super hot!

Meegan wrote, “FUTBOL OR FOOTBALL OR SOCCER ALL I KNOW IS THAT IS ROBERT PLANT PLAYING IT IN HIS PANTIES. #LEDZEPPELIN #ROBERTPLANT #BALLS”

Robert Plant himself recently posted on Instagram, “‘They’ll be dancing in heaven, On the night of the longest day, A celebration in rhythm, At this time it was always this way…’ solstice and some…! #summersolstice.”

Jimmy Page recently wrote, “On this day in 1965, I went to see @johnmayallofficial & the Bluesbreakers at the Pontiac Club in Putney, London. It showcased @ericclapton magnificent mastery of the blues guitar. Eric came to stay at my home in Epsom that night as I had told him about the recordings and guitar sound I was getting from my Simon recorder. We played together and tracks surfaced on the ‘Blues Anytime’ series on Immediate Records. I went on to produce ‘I’m Your Witchdoctor’ and ‘Telephone Blues’ with Mayall and Clapton, as well as ‘Sitting on Top of the World’ and ‘Double Crossing Time’.”