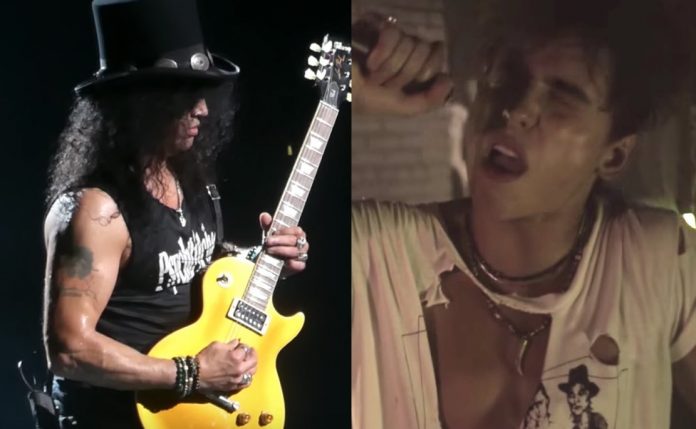 Guns N’ Roses guitarist Slash said Greta Van Fleet are at the forefront of the resurgence of rock and roll in a new Billboard Radio China interview. Alternative Nation transcribed his comments.

“I’m interested to see where it goes the next few years, because there’s a lot of really hungry young rock and roll bands getting together right now that I’m aware of. Obviously Greta Van Fleet have done amazingly well and made everybody perk up and go, ‘Oh wow.’ Now there’s people looking for young teenage rock and roll bands to sign. It’s interesting, if you watch everything and as it develops in real time, it’s really boring. Shit takes what seems like forever, but if you’re not paying attention, all of a sudden you’ll turn around and go something just changed. It’s a constant state of ebbs and flows with rock and roll in this business.”

Slash said regardless of commercial appeal, he just does what he enjoys doing.

“For me personally, I just do what I’ve been doing, come hell or high water. I don’t give a shit, I just keep doing it. I remember periods like especially in the mid 90’s where I was doing Snakepit, and nobody was really all that interested, but I just stick to my guns and keep doing what I like to do. Sometimes it works, sometimes it doesn’t.”