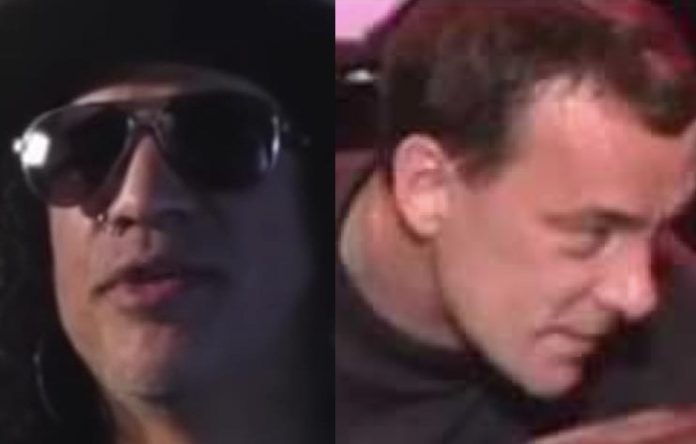 Guns N’ Roses legends Slash, Steven Adler, and Matt Sorum have reacted to the death of Rush drummer Neil Peart by posting tributes and heartbreaking photos. Peart’s death from cancer was announced on Friday, with the sad final photo of him before his death also surfacing.

Slash said, “RIP #NeiPeart.” Steven Adler, “Thank you Neil for all of the amazing music you gave us. You were truly a inspiration for not only EVERY drummer, but for every musician… I will be listening to Rush all day today in your honor. RIP Neil Peart… #rush #drumlegend #heartbreaking.”

Matt Sorum wrote, “So sad to hear of the passing of the great Neil Peart of Rush. A revolutionary drummer and lyricist. I had the honor to work with him on The Burnin For Buddy sessions in NYC in the 90s, He was so inspiring and supportive of me, I was so nervous being in the room with him, but he was so comfortable to be around and was all about self-expression, no two drummers are alike he said to me and that made me feel at ease to be myself.

A lesson I carried on with me to this day. A sweet caring man with depth of character besides his obvious talent as one of the greatest drummers of all time. #ripneilpeart.”

Peart was one of the most acclaimed drummers of all time, and arguably the greatest drummer alive for several decades, especially after 60’s legends John Bonham and Keith Moon died. Rush retired from touring after 2015, with Neil Peart largely remaining out of the public eye for the last few years.