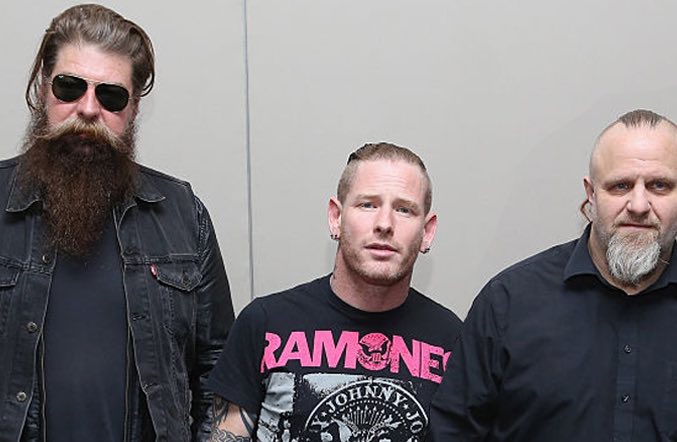 Slipknot drummer Jay Weinberg has revealed a new mask he bought as we close in in 2020. He wrote on Instagram, “I recently spoke with @6degreeswithmm about my love for ice hockey, the similarities of being a drummer and a goaltender, the origin of this mask, and much more in between. Check it out via the link in my bio.”

Corey Taylor’s wife recently called out a ‘mistake’ at a Slipknot show. Slipknot fans debated the merits of a new song on the band’s Reddit. Darcy309 posted, “Does anyone else feel like My Pain on We Are Not Your Kind was the worst song on the album? I find it very quiet and boring because of the lack of guitar and how quite the overall song is.”

RapidSquidz responded, “I really enjoyed My Pain, fits the album and overall atmosphere perfectly and on paper it’s quite calm but there is a really chilling and creepy undertone to it which makes it even better.”

NickChim94 said, “A song for me needs to have some kind of rhythm to it. Atmosphere created is important too but at the end of the day it has to be coherent. Nothing about my pain resonates with me. It’s awkward and uncomfortable to listen to. It’s too long.

It’s boring. It’s just random ambient sounds thrown together. All those things massively outweigh the atmosphere that’s created with it and I’d rather just skip it and go on to the other atmospheric songs that I actually enjoy or can vibe to. IE. Not long for this world.”

Thecrucibull chimed in, “It’s a powerful song but it makes me uncomfortable. It’s not dissimilar to seeing a glimpse of an unpleasant image after you had blocked it out for a decent period of time. That sour taste in your mind when the subconscious flashes that thing you haven’t thought of for a while. Not enough that you can stare at it but the after image burns in your thoughts. Tightens your chest and quiets the tongue. Jolts you awake as you begin to drift.” Corey Taylor revealed ‘the end’ for Slipknot in a new statement.