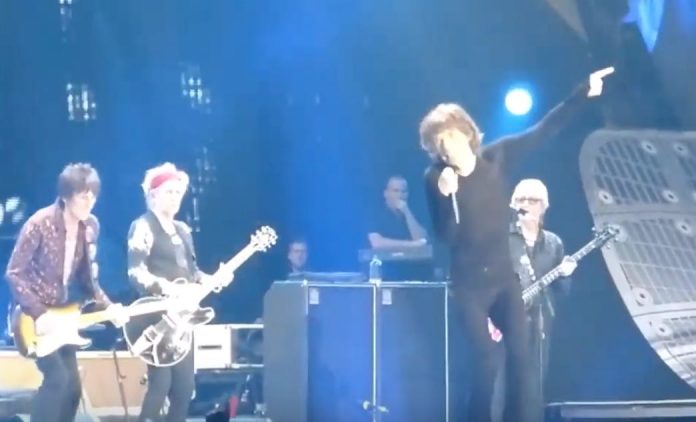 The Rolling Stones bassist Bill Wyman has revealed in a new interview that he was taking steroids when he had prostate cancer, leading to a ‘puff-faced’ appearance, as seen in photos. Wyman said this treatment led to him largely being off camera during his new ‘The Quiet One’ documentary. A member of The Rolling Stones revealed he quit ‘for good’ a few days ago.

Variety asked, “The film consists largely of you talking in voiceover over older film footage, until near the end. Was that an approach you preferred, to stay mostly off-camera for the interviews?”

Wyman responded, “That was just the way that (the filmmakers) thought it would be best to do. But also, a problem was that halfway through filming, I was diagnosed with prostate cancer, and I had to spend nearly two years of treatment before I was back to normal. So we had to stop filming because I was taking steroids and getting puff-faced and not looking myself.”

The interviewer followed up, “We were going to ask how your health has been since that diagnosis.”

Wyman answered, “I’ve been totally cured, thank you. Back to normal now, and I didn’t have to have the hammer and chisel job, either. Just radiotherapy, so there was no cutting in or anything, which was nice.”

While Wyman is retired, The Rolling Stones and their family are still active, especially on social media. Keith Richards’ daughter recently revealed a creepy Prince photo. Wyman also told 96.3 about his documentary, and if he had had any surprises when making it, “Well it’s not a surprise to me because I worked on it constantly, I’m heavily OCD, so everything is organized. I’m forever upgrading, forever adding information and stuff to it. People send me stuff, I find stuff, so I’m aware of it all the time. Having written diaries since the beginning, and using that for any project I do, like writing books and doing photo exhibitions, dating photos and doing everything like that.”

A The Rolling Stones coke photo was recently revealed. Wyman added, “People come to me when they’re doing photo books, and ask me to identify photo dates. I can do all those things, which sounds fairly boring. So when I do a film or anything of my time, there’s no surprises really, because I do have nostalgic memories of the war time when I was a child, going to school with the bombs, and sleeping in air raid shelters every night, and sometimes during the daytime too. Experiencing really bad things during the war, and having to carry a gas mask all the time.”

You can read the full interview with cancer quote at Variety.