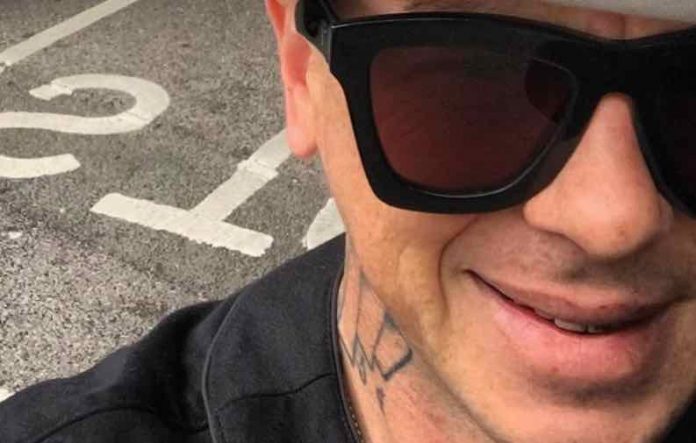 Slipknot icon Sid Wilson revealed a rental car that he has been driving in a new social media post. Corey Taylor broke his silence after quitting social media recently.

Sid wrote, “Bye bye rental bmw m sports package 3 series👋 back to the US, I’ll miss you England, See you at X-mas. #SID #england.” vadimdeus commented, “Not M3, it’s new 3 series.” Sid responded, “Right, its got m sports package but not THE m3 😂.”

A Slipknot member was recently filmed smashing his guitar. Slipknot guitarist Jim Root told WMMR recently how he joined Slipknot, “It was weird because I had given up playing guitar when I was like 24 or something like that, maybe 25. I haven’t made it yet, I didn’t even have a band, like, the thrash/speed metal band I was [Atomic Opera] in split up, and I just kind of was down on myself about it.

“I didn’t even own a guitar, I had to borrow one. And a couple of friends of mine asked me to join, like, this project, a funk-rock kind of a weird thing. And that kind of got me back to playing guitar after being out of it for a couple of years, and back into the music scene.

A Slipknot member recently made Corey Taylor shut up. Root added, “And then after Corey joined Stone Sour, Slipknot had a record deal at that point, and when I told my band at that time that I was in a different band with my drummer Andrew. I told those dudes – I was living with the singer – I was, like, ‘If Slipknot ever called me, I won’t join, I don’t want to feel like it’s handed to me, I got to feel like I worked for it, like something I’ve achieved.’

And sure enough, they did. I never thought they would, so I said no. And then finally, I got to the point where I just realized, my buddy Zack, who borrowed me a guitar, said, ‘What, are you stupid? Very few times in life do you get a chance to take a great step forward. Even if you fall flat on your face, you can always come back.’ So I called Clown, and the rest is history.”