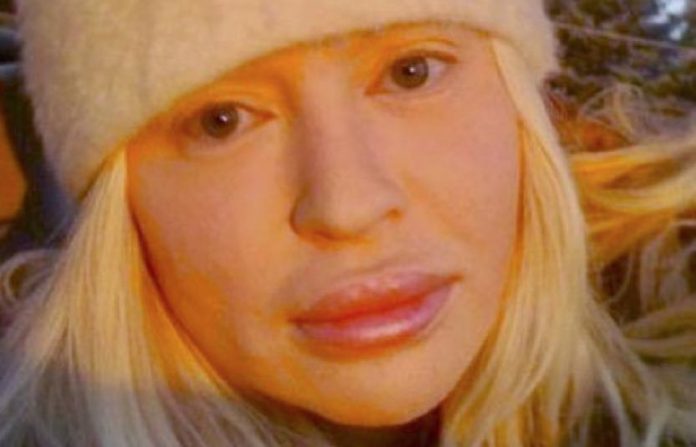 Original Smashing Pumpkins bassist D’arcy Wretzky is currently rehearsing with the doom sludge metal band Grave Next Door. It’s unclear if she has any future plans with the band outside of jamming, but it is an exciting development after D’arcy’s hiatus from the music business since 1999.

Grave Next Door posted a photo on Twitter on April 8th at D’arcy’s home with part of the “Tonight Tonight” music video set that she has kept for the last 23 years.

Grave Next Door posted, “My brother /guitarist Anthony Salerno at D’arcy’s with a set piece from smashing pumpkins tonight Tonight video. Getting ready to set up and practice with D’arcy.”

Grave Next Door also shared a photo of the basses D’arcy is playing.

D’arcy first said in 2016 that she was jamming again, but this is the first known band she has been confirmed to have been playing with. D’arcy was expected to rejoin The Smashing Pumpkins for a 2018 reunion tour, but Billy Corgan did not offer her the position of full time bassist. In text messages shared with Alternative Nation in February 2018, Corgan only offered D’arcy a guest role he compared to Steven Adler’s minimal role on Guns N’ Roses’ ‘Not In This Lifetime’ tour.

D’arcy told Corgan that she wanted to be back in the band and involved in everything, and Corgan informed her that he had already hired Jack Bates for the ‘Shiny and Oh So Bright’ tour. Corgan and D’arcy then had a falling out, with Corgan later saying that the bridge with her was burned ‘forever.’ D’arcy later responded, “Billy said I burned that bridge – there was never any bridge there.”