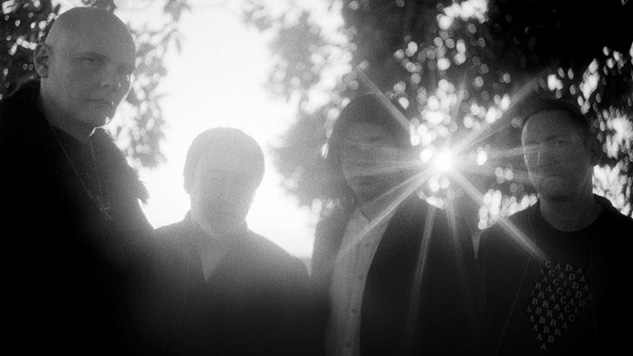 The Smashing Pumpkins have announced that they will release “Silvery Sometimes (Ghosts)” on September 13th. This will be the second single off of their still untitled new album, following the release of “Solara” in June. Billy Corgan stated in a new radio interview when asked about the sound of the album that the album doesn’t really have a concept like most Pumpkins albums, and he compared it to 1994’s Pisces Iscariot, a collection of rare songs.

You can view a list of the eight songs set to appear on the new album below followed by the “Silvery Sometimes (Ghosts)” artwork. The album is produced by Rick Rubin and was recorded earlier this year. It is the first Smashing Pumpkins album since 2014’s Monuments to an Elegy, and the first album to feature Jimmy Chamberlin since 2007’s Zeitgeist, and the first album to feature James Iha since the MACHINA records in 2000. The album will be released later in 2018, and with the timing of the new single, it looks like it could be a holiday release.