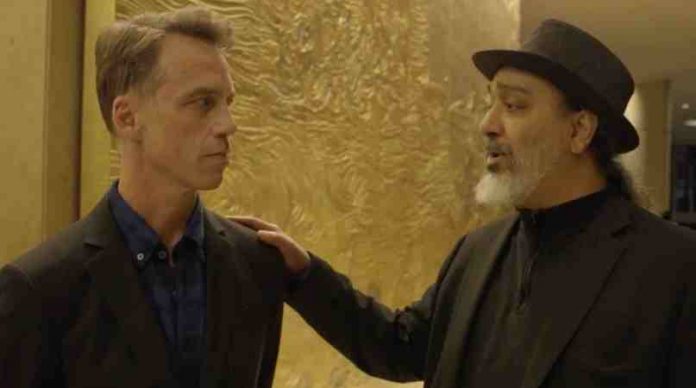 “Hello, this is Matt Cameron. On behalf of the entire Soundgarden band and crew, we would like to offer our deepest condolences to the Abbott family on the passing of the great Vinnie Paul. I thank you for the invitation to the memorial service, but I’m on tour, and I really appreciate the invitation, I wish I could be there. I was in awe of Vinnie’s playing, his double kick, precision, his power, his groove. The style of drumming that Vinnie helped create and perfect, was incredibly technical, and incredibly difficult. He did it with such grace and power, and you could tell he loved what he was doing. He had so much charisma onstage, he loved his fans, he loved his band, you could tell he just loved what he was doing.

There was a tour in 1992 that Soundgarden was on. We opened for Skid Row and there was one show where we shared the bill with Pantera. We had the difficult task of following Pantera. I had never seen them at that point in 1992, and at that time I was pretty confident with my band, I wasn’t really intimidated that easily. But after watching Pantera smoke us, I was a little intimidated. I was in awe of the band. After the show, I kind of sheepishly went up to Phil and Rex, and I introduced myself. They were total sweethearts, they could not be nicer.

They invited me to the bus, and I met Darrell and Vinnie. Vinnie gave me a beer. They were really hospitable guys, and I just remember that being a life lesson where I decided to stick my tail between my legs, and go meet the masters. I’ll never forget that experience of working with Pantera in the early 90’s. I miss those guys a lot, I wish they were around, they were taken from us far too early, but their music will live on forever, and Vinnie Paul will live on forever. God bless.”