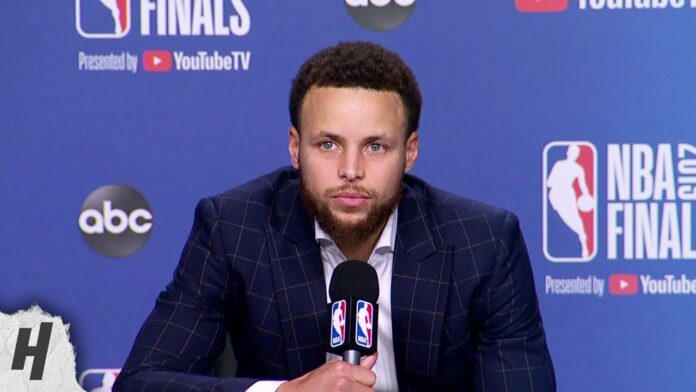 Now let me begin by saying – I didn’t know who Steph Curry or the Rockets were until today, but I certainly do now. As we enter into the exciting world of basketball and dribble our way down the concourse of a backstage arena, we bounce our way into the hearts and minds of die-hard sports fans with this… slam dunk breaking news.

According to Sportskeeda.com ‘The Splash Bros’, Steph Curry and Klay Thompson (not the Smash Bros. of Nintendo) played tremendously well against the Houston Rockets. The Golden State Warriors defeated the Rockets 127-120 thanks to their solid performances. However, Rockets rookie Tari Eason’s mother had some things to say about Curry on… you guessed it, the court where make-believe and time wasting time outs dwell, social media.

Eason’s mom, Teroya, trash talked how Steph Curry was only scoring because her son was on the bench. Now, if I had a mom who did that on my behalf, I’d tell her to stop. But it appears this guy is a mommies boy.

The “mom” claimed that Curry wasn’t doing much on the court (like she’s an expert) while Eason was slammed on the floor. Teroya also couldn’t believe that the home crowd was cheering for the Warriors’ superstar. In a nutshell, she didn’t hold back. Here is what “mom” said (who calls herself Momster on Twitter for Twits)

“He [that’s Curry] made 80% of his splashes when my son was sitting down. He was pretty dry when Tari Eason was in motion. I’m watching mf’s cheer for this mf in my home gym right now while he’s talking to my media and I wanna burn this bit*h to the ground.”

Phew! Those were some heated comments. Kind of reminds you of a side or backseat driver. You know, the person who tries to tell you how to drive while you’re the one behind the wheel.

As much as Tari Eason’s mother was showing her undying support for his home team, these comments were infringing a tad upon the “nuts”. Nevertheless, it doesn’t matter what Teroya says. In the end, Curry and the Warriors had the last laugh. Take that mom.