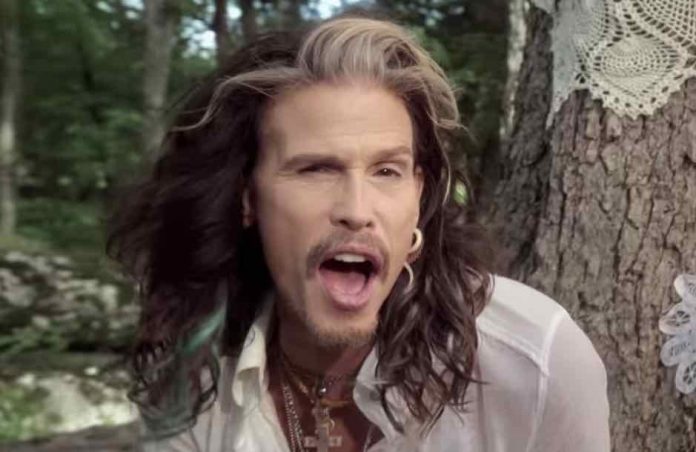 Aerosmith frontman Steven Tyler‘s ex, Bebe Buell took to social media via Instagram to showcase this throwback photo of the two together. She is the mother of actress Liv Tyler, whom she gave birth to in 1977. You can view this photo below. Steven Tyler caught in horrible ‘affair’ video.

In other news regarding Steven Tyler and Aerosmith, fans recently took to social media to reflect upon one of the group’s most magical albums – ‘Night In The Ruts’. One fan proclaimed: ” By the time Aerosmith’s sixth studio release was issued, 1979’s Night in the Ruts, guitarist Joe Perry had finally left the band after years of drug-fueled bickering with singer Steven Tyler. Most of the tracks were completed before Perry’s departure, with replacement Jimmy Crespo filling the few empty spaces. And while the band looks back upon this period as hazy and frustrating, Night in the Ruts is a surprisingly coherent and inspired album. Although it’s not up to par with such classics as Toys in the Attic or Rocks, it was definitely leaner and more focused than their last studio release, Draw the Line. The only lowlight is a weak cover of the Shangri-Las’ “Remember (Walking in the Sand),” which was inexplicably issued as a single and included on 1980’s Greatest Hits. While the album performed respectfully on the charts, the ensuing tour did little to boost sales — it was marred with canceled dates and lackluster performances brought on by Tyler’s substance abuse.” Aerosmith family rips Steven Tyler for ‘lying’ to fans.

While another put: ” We’re going to make this very short and sweet, if you like the early version of Aerosmith “Get Your Wings” “Toys In The Attic” “Rocks”, then I think you’re going to be fairly pleased with this piece of work. I can’t help but judge Aerosmith releases by “Toys In The Attic”, it was my first truely hard rock listening Xperience. I thought “Draw The Line” was not up to the standard they had set, but I still grew to really like it. For whatever reason, I just never bought “Night In The Ruts” and really had missed out on some really fantastic Hard Rock Guitar playing. If you like that raw nasty attitude that the boys displayed on those earlier albums…you will want to add this one to your catalog.” Steven Tyler’s girlfriend leaks painful Joey Kramer photo.