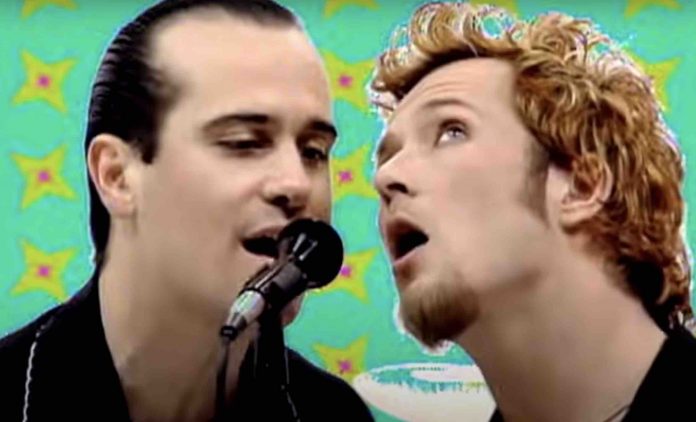 Stone Temple Pilots bassist Robert DeLeo revealed how STP came up with the title for Tiny Music…Songs From The Vatican Gift Shop in a new Guitar World interview with Greg Prato.

I always assumed the album’s title related to using small amps for the recording. Am I right?

“No, because we were always using smaller amps. We started getting more into those on Purple, the album before it.

“But the album title came about because we had one of those things where you have a bunch of words on magnets that go on the refrigerator. I think Dean was the one who put together Tiny Music.

“And that’s where it kind of all stemmed from – putting those two magnetic words together on a refrigerator.”

Is it ever challenging for you to play a variety of different styles? Tiny Music was STP’s most musically diverse album.

“No. It’s fun – I think as far as listening to so many different kinds of music.

“I said this many times before – don’t criticize a song until you play it. Because the easiest thing can be the hardest thing – whether it’s feel or laying back or groove.

“Just learn how to play it. And then when a song like that comes up, you’ll know how you want to play that song. I think it’s important.”