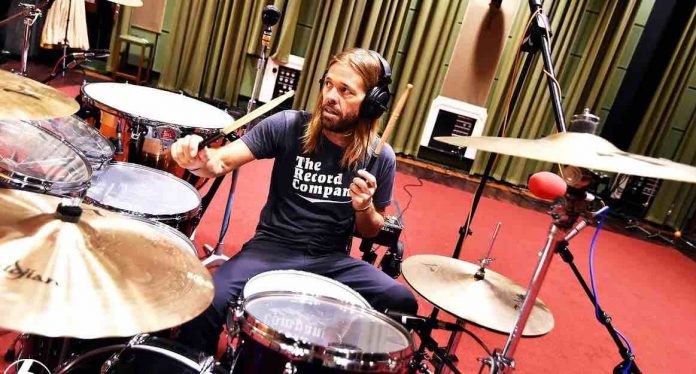 Foo Fighters fans have called out terrible people on the internet for spreading false conspiracy theories about the death of Taylor Hawkins.

AuroraGrowl wrote on Reddit, “I hate how anti-vaxxers. No offense meant if you are anti-vax, whatever that’s your choice, but I hate how a lot of anti-vaxxers are jumping on the horrible news and using it to back up their shitty cause. It’s horrible.

I keep getting tweeted (for some reason people think I’m Dave??) saying all sorts of disgusting shit.

Sorry to post just needed to get that off my chest, and don’t want to do it all over twitter you know. Just horrible. Let the man rest.”

Bigbowlowrong responded, “Internet conspiracy theorists of the type that post on /r/conspiracy are vultures, flying overhead and waiting to feast on every tragedy. Doesn’t matter if it’s a school shooting, a pandemic, a war, or a celebrity death. They’ll use anything to spread their dumb beliefs and have no shame about it.

The thing about Taylor’s death is that he committed the mortal sin – in conspiracist’s eyes – of being a member of a band that played vaccinated-only shows. To them, this means it’s open season to gloat over his death and troll the band’s fans. They really are just simple-minded and mean-spirited dickheads, but it’s a symptom of the type of toxicity the conspiracist mindset inevitably leads to.

In the end they’re pretty pitiful, but if you have paid any attention to the type of assholery they’ve gotten up to in the last few decades their behaviour is completely predictable.”