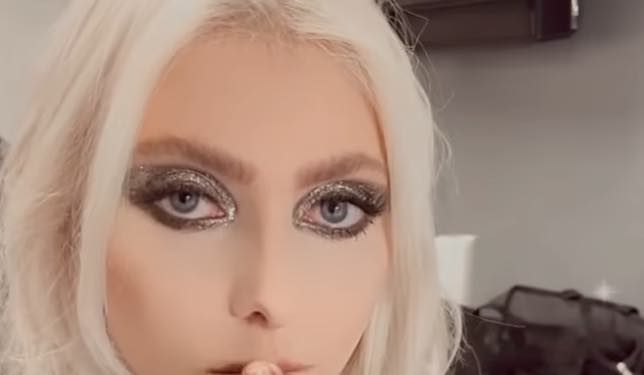 The Pretty Reckless vocalist Taylor Momsen recently took to her Instagram account and posted a couple of pictures. She was seen wearing a towel.
Her caption read: “Goodnight New Hampshire!! Thank you for an amazing night!!! Shower time then off to Syracuse for the next show Wednesday night! #deathbyrockandrolltour2022“

The Pretty Reckless formed in 2009 a year later released its full length debut Light Me Up, an album that yielded hits such as “Make Me Wanna Die.” Earlier this year, the band, which has toured with Evanescence, Marilyn Manson and Guns n’ Roses in addition to doing headline runs in both the U.S. and abroad, released the hard rocking Going to Hell.

“Musically, it starts with the songs,” says Momsen while speaking to Cleavescene. “If you can play the song with an acoustic all the way through and it works, you bring in the band. If not, you drop it and move on. With the production, we tried to keep it minimal because we toured as a live band for two and half years with Light Me Up. We don’t tour with backing tracks. I refuse to. You can switch the set list to whatever you want. We kept that in mind when making this record so the transition from record to live show wasn’t so drastic. It’s two guitars, vocals, bass and drums, petty much.”

She also talked about the album cover art, which features a giant arrow plastered on Momsen’s nude back. “A lot of things inspired it,” she says. “The Pink Floyd poster for when they released their back catalog is one of my favorites. They took a shot of these beautiful women sitting naked by the pool with the album covers on their backs. I thought that would be a good idea. The cross was hand painted on me. I wanted it to be a beautiful iconic image that was memorable and tasteful and explained how this record is so honest and bare. I wanted to represent that in imagery. You have to be bare. There are subtleties to it. For the vinyl version, you can see that I’m reaching down to hell and my arm is getting scorched. It was a long photo shoot that took about 20 hours. I wanted it to be perfect. It was very specific but I’m happy about it.”