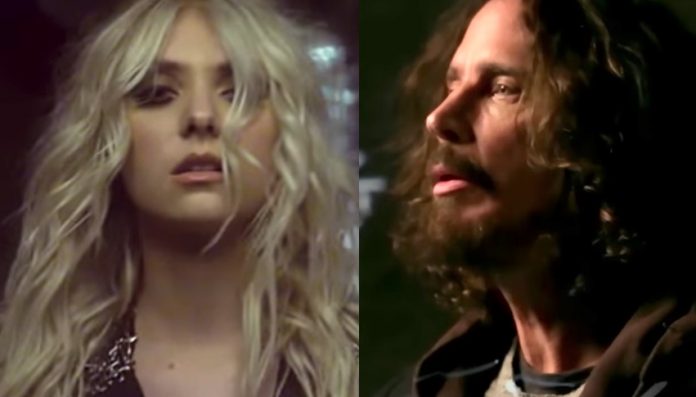 The Pretty Reckless singer Taylor Momsen has revealed that she believes Chris Cornell and Soundgarden’s Down on the Upside is the greatest album of all time.

She wrote on Instagram, “At the moment…#downontheupside is my favorite record #listen #overfloater #etc #comingback.”

Taylor Momsen recently revealed a new The Pretty Reckless studio tour video on Instagram which features the late Chris Cornell howling the Soundgarden classic “Ty Cobb” in the background. Momsen wrote, “#tpr4 @thissoundsgood #producer #family #friends #music #tycobb #rock #buffy scroll 👉 for vid.” Some fans in the comments section appear to not be too familiar with the late great Chris Cornell, as they thought it was a new The Pretty Reckless song. Last year, Taylor Momsen revealed an emotional conversation she had with Chris Cornell backstage just days before his death.