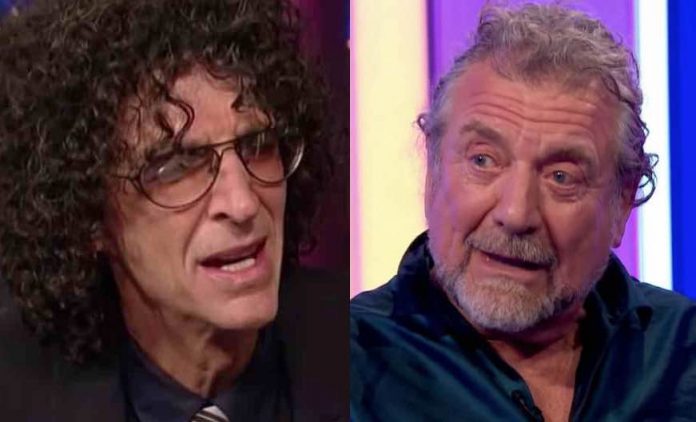 MarksFriggin.com recapped: Howard said he was watching the new Comedians in Cars Getting Coffee season with Jerry Seinfeld and Eddie Murphy. He said Eddie was talking a lot. He said Jerry got him going. Robin said she saw that Eddie is close to making a deal with Netflix for like $70 million. Howard said Eddie has said he will go back to stand up some day. He said he never has and he thinks he knows why. He said he says in order to do it he has to go back to small clubs. He said in this day and age you have no anonymity. He said he has to work out material and it’s difficult these days. He said with Eddie it’s even more difficult. He said you have to fail in a club so it’s very hard to do all of that.

Howard said Netflix has so much money they can get someone to do something they won’t do. He said Eddie is thinking about doing it now. He said it just takes $70 million. He said of course he’ll do it. Robin said Eddie is like that band that won’t get back together but he’s the only member.

Howard said Netflix is like the Saudi Arabian King who throws a party for their kid. He said he thinks they could get Roger Waters to got Israel to play a concert. He said they just have to come up with $70 million. He said they should get Led Zeppelin back together or Crosby, Stills, Nash and Young. Robert Plant recently revealed how he brutally rejected a Led Zeppelin reunion drummer.

Howard said they showed Eddie’s house on that show. He said he has a lot of money and a nice house. He said he’s sure Netflix could get OJ to confess. He said they’re unbelievable. Robin asked who would watch him confess. Howard said he would. He said they can get the audience. Robin said they know what people want to see. Bizarre Robert Plant drinking photos at a bar recently surfaced.