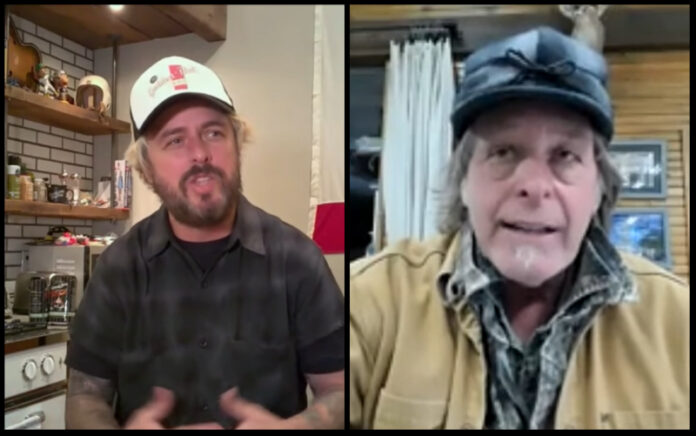 If you wanna be an [REDACTED] Idiot! Politics has always been intertwined within the entertainment and most recently, one of the more hot-button political issues has been the subject of abortion as it was announced that the Supreme Court overturned the landmark 1973 decision – Roe Vs. Wade. In doing this, many entertainers have spoken out and given their opinion on the matter. One of these entertainers most recently was Green Day frontman Billie Joe Armstrong who renounced his United States citizenship and was quoted as saying: “F*** America”.

In response, the ever-so controversial Ted Nugent, who most recently revealed a very bold truth about this beloved classic rock group would respond to the ‘When I Come Around’ singer during a recent edition of his ‘Nightly Nuge’ telecast. Here, Nugent would proclaim that Armstrong has ‘lost his soul’. Credit to Blabbermouth for the following.

“And I’ve gotta tell ya, the word ‘cruelty’ from the left… I’ve witnessed some artists out there, like Billie Armstrong of Green Day — he’s incredibly talented, but he’s just lost his soul — and Pink, an incredibly talented, work-ethic artist, who just scream and just attack people who choose not to have an abortion.”