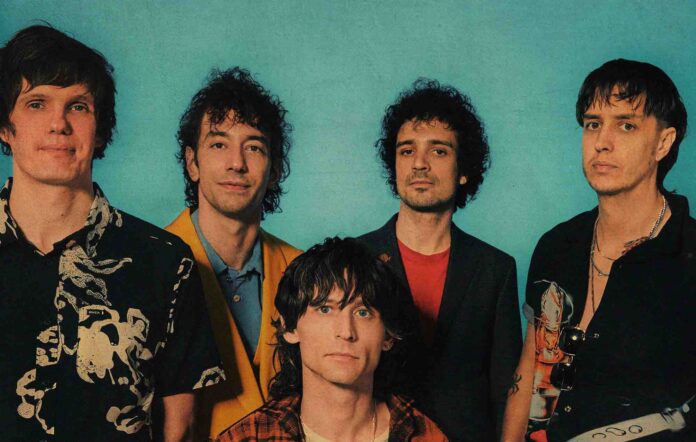 Fans of the popular indie rock revival band The Strokes were in for quite the experience during a recent show that took place over in Denmark and at Denmark’s Roskilde Festival on Saturday. The band, who were headlining that night would show up late according to multiple fan accounts. What’s more, according to Setlist.FM, the group “went on half an hour late and had lots of erratic and endless banter from Casablancas in between songs.” This has not been the first time this year The Strokes have had bad luck at festivals.

In a social media post that has since been deleted, frontman for The Strokes Julian Casablancas would state the following regarding the event:

I’m not tuned into twitter things enough to know what some confused fan thinks or pretends they know, but I’m fine… far as I know … people have been asking me weird questions – ahh the dumb side of social media… Lame-Os running around so hard and free.”

The post continued: “PS the concerns and questions are kind and fine!” he continued. “it’s the strangers announcing /acting like they know some shit that’s dumb. (weird questions not the dumb side haha)”

Fans over on Reddit gave their account of what happened that night as well. One user named Toolboxian stated: “He (Casablancas) came out 30 minutes late, looked drunk, laid on the floor, didn’t seem to care about the audience, and insulted the country and the language. The crowd was less than pleased. It was, as tweets were saying, a disaster

Whereas another used going by the name John_Dillerman would proclaim: “I was there as well. Huge Strokes fan. They were half an hour late. Seemed like they had some technical difficulties with the light show. No Biggie. When they entered the stage he was obviously drunk, but when they began playing, it didn’t affect the performance. A rock star inebriated at a concert? Par for the course. And the crowd was fired up! After the first song, he said something to the extent of: “Never believe in yourself! Just be whatever other people want you to be! Anyway, here’s a song called Reptilica or something…” And again people were going wild, only slightly weirded out by the message.”

He continued: “And all through the concert these negative, incongruous monologues between the songs started getting longer and longer, completely ruining the energy and momentum of the experience. Julian not being a fan of his mother’s birthplace is what it is, but it didn’t win over any fans at the festival. If he had just shut up, instead of wasting time and ruining the mood, being aggressive and sarcastic towards the audience, everything would have been fine. I’ve seen a lot of live music in my life, bure rarely have I seen such blatant contempt for the audience. The only other example I can recall was a Mark Kozelek concert at a Norwegian festival about ten years ago. But at he had the excuse, that the scene was leaky, so it rained on his guitar…”