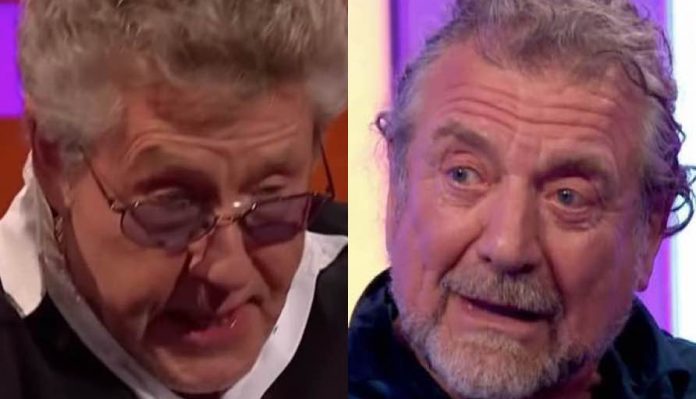 Daltrey said, “Well I was friends with Jimmy Page in the 1960’s, I knew them from the very early years. It was Keith [Moon] who came up with the name Led Zeppelin, I became very good friends with Robert Plant and we still are today. They supported us on one of their first U.S. gigs in Washington, or north Baltimore or somewhere, I can’t remember – Maryland, I know it was Maryland.

He continues, “I love his solo stuff too – he’s always exploring. I love his African influences on his music that he does solo, he’s never dull and that’s what I like about Robert. Robert’s got incredible courage and I know a lot of people kind of say that well he copied you because you had the long, curly hair, and then he comes along with the long curly hair, but that’s not true, because Robert is Robert. I just wish I could of been as tall.”

A Led Zeppelin member recently called out a terrible Robert Plant album. Plant has stuck to his solo career and new collaborations since Led Zeppelin’s 1980 split, despite numerous pleas for a Led Zeppelin reunion tour. The closest we’ve come are the Page and Plant 90’s collaboration and a few one off reunion shows, with the final one coming in 2007.