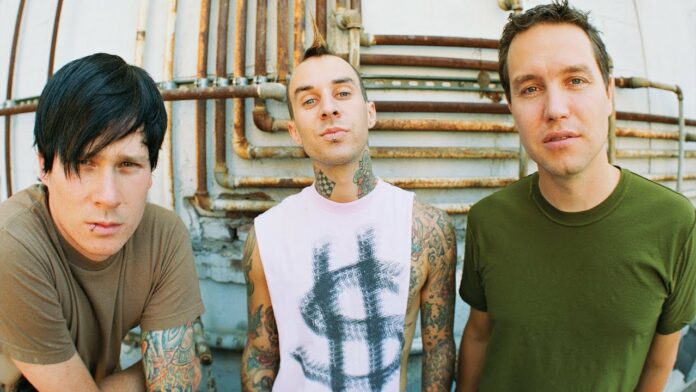 Reports had emerged that Blink 182 is set to perform at Lollapalooza Brazil 2023. Now, another report has emerged about Tom DeLonge reuniting with the band.

Blink- 182 fans have been waiting for a reunion for much longer now. Travis Barker had seemingly teasing a Blink-182 themed reunion. The band now mainly consists of Matt Skiba, Mark Hoppus, and Travis Barker, there are still well-known and beloved members of the band that stole the hearts of many fans.

It has been noted that an inside source (guitar tech for a mid-level pop punk band) has informed a fan about Tom rejoining, as seen in texts below.

Recently, Mark Hoppus took to his Instagram story section and posted a picture of a Blink-182 t-shirt. This had led to several fans believing the reunion might be on the cards soon. Chicago’s Q101 radio DJ recently stated that the band had an announcement. DeLounge had also posted a picture with Mark Hoppus and Matt Skiba on Instagram account. But there has been a piece of bad news.

Blink-182 has released a total of 10 studio albums and debuted with Buddha. The band was constantly releasing new songs up until 2003. After their hit album titled after the name of the band took an eight-year hiatus. They came back in 2011 with their eighth album Neighborhoods. The group has been coming back with new albums every few years or so.