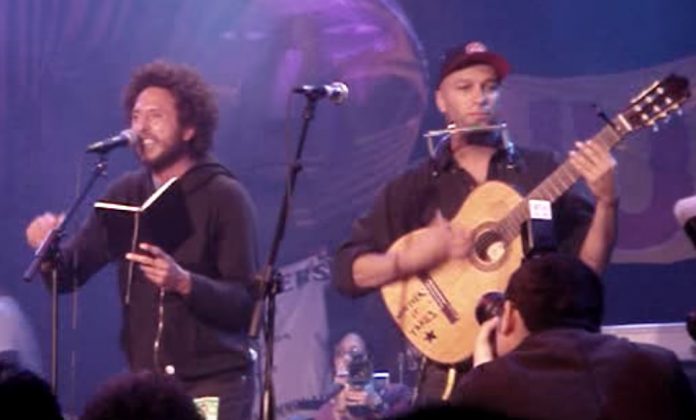 Tom Morello was concerned with the injury

One of the fans posted a video clip of Rocha getting carried out after the show concluded. Fans said Tom Morello and Tim Commerford looked worried about Zack for some of the set.

One user wrote: “During the show, Tom Morello was playing close to Zack and I think for the first time ever, I saw camaraderie with them. It was always rumored that they all hated each other, hence only 3 albums, hence breakups and long layoffs.

Seeing them embrace Zack, and Zack them, made me think of all they left on the table by not playing together for 20 years.”

Another wrote: “As bad as this sucks seeing him hurt, watching them hug Zack at the end brought tears to my eyes.”

A fan wrote: “He handled it like a champ. You could tell he was bummed for a couple songs but the crowd being so hyped just gave him the energy he needed to perform.”