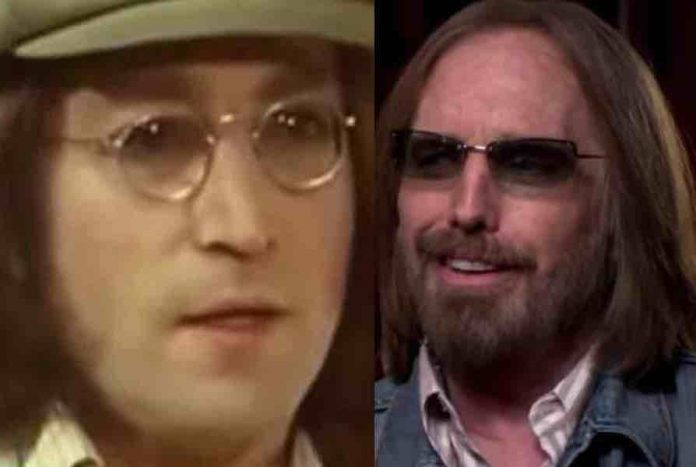 In Tom Petty news, the son of late iconic Beatles legend John Lennon, Sean Ono Lennon took to social media via Instagram to celebrate a ceremony that his cousin, Akiko has performed for his family in honor of his father and his memory.  During all of this, Tom Petty’s daughter, Annakim responded to the following message by posting several rainbow emjois. Tom Petty’s daughter reveals ‘bloated’ Jimi Hendrix photo.

Sean Ono Lennon said: “Today my beautiful cousin Akiko performed a Japanese Tea Ceremony for my mother, my uncle, my sister, and my other cousins, in honor of my father. Behind her was a custom scroll she had made out of an old drawing my father had given her when we were kids. The tea bowl with which she served my mother she had designed and decorated for this day with exactly nine peace signs.”

Tom Petty’s daughter leaks heartbreaking Ozzy Osbourne photo. He continued: “When the matcha was finished there was another surprise revealed to be written at the bottom of the bowl: ‘i ii iii’ something Yoko Ono fans will recognize as signifying the words ‘i love you’ from her Onochord piece. The level of thoughtfulness and consideration, the meticulousness and beauty were truly breathtaking. What had begun as a difficult day for our family has left me feeling incredibly grateful. Thank you Akiko, and thank you, everyone, for your kind words.”

Several A-listers also responded to the post by the son of the Beatles icon. William Patrick Corgan of the Smashing Pumpkins posted: “Beautiful. God bless your family, Sean” Whereas filmmaker Robert Schwartzman simply put: “Sending you and your family love.”

Tom Petty’s daughter also revealed this ‘haunting’ final photos. The general public got in on the action as well. JohnDoe98 stated: “So beautiful. Thinking of you and your Mom today. Your Dad would be so fricking proud of you all.” and bunlunone responded: “How lovely. I wish you and your family love and peace today and always, Beautiful Boy.”