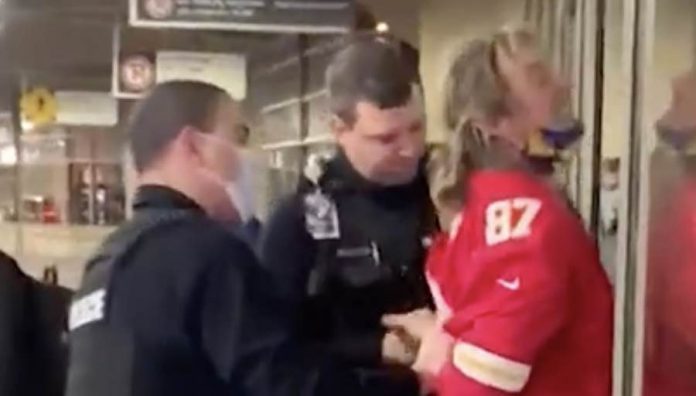 Tool drummer Danny Carey recently found himself in a middle of a controversy after getting arrested at a Missouri Airport, with video of his arrest leaking on TMZ. Carey is accused of resisting arrest, and he even tells police he is the drummer of Tool. You can view video below. However, a day prior to that incident, he performed live with a band of young musicians at this past Saturday’s (December 11th) Missouri Tigers and Kansas Jayhawks NCAA men’s basketball game. Carey also told the cops about this performance.

Carey worked wonders behind the kit and pulled off an amazing cover of Jimi Hendrix‘s “Fire“. The game itself was held at the Allen Fieldhouse in Lawrence, KS. Tool Members has also recorded for a big name new album

See below for some fan-filmed footage of Danny Carey rocking behind the kit:

TMZ recently reported that Tool drummer Danny Carey was arrested at the airport in Kansas City after allegedly getting into a physical altercation with someone inside the terminal.

The Law enforcement sources have reportedly told the site that airport police responded Sunday night (December 12) to a report of a disturbance between two men. When they got to the scene, they arrested Carey and transported him to a nearby police station. The 60-year-old musician was booked for misdemeanor assault and was released on bond. The police report is being forwarded to prosecutors for review, and potential charges will follow.

Fans are hopeful that the situation will improve as Tool are set to start the 2022 with a U.S. tour starting in January, and then they’ll be heading out over to Europe in April.