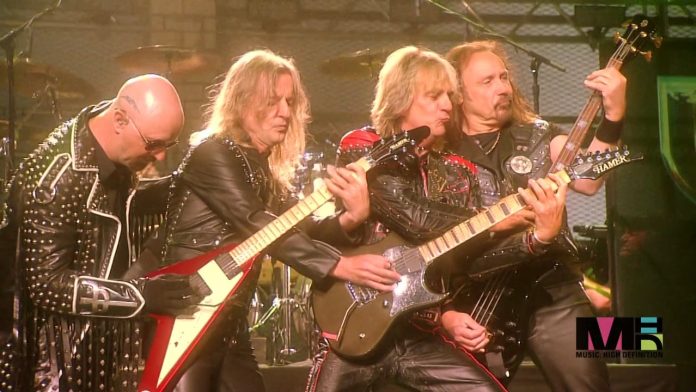 2018 has been a great year for metal. With so many albums released, it took the combined forces of Anthony and Birdman to rank this years best albums.

Great debut, from a band that seems to love Metal Gear. Mixing death metal with hardcore,doom and 70’s bands like Led Zeppelin, these guys show that the genre still has plenty of new ideas in this day and age.

After 15 years with no new music, Sleep returns with a brand new record. The Sciences  is a nice slice of stoner doom and shows the Sleep we all know and love will never die.

2018 was a great year for Judas Priest. An awesome tour with Saxon and Black Star Riders followed by another one with Deep Purple as well as the release of their latest album. This record is full of energy and the best thing the band has done since Painkiller.
Ilsa – Corpse Fortress

This albums name fits perfectly as these doom titans always deliver, release after release and most likely always will. With great riffs, melodies and vocals , this is a must have for anyone who likes the band or just doom in general .

Monstrosity – The Passage Of Existence

If there was ever an album worth an 11-year wait, it would be this one. Tracked among different recording studios across the state of Florida, and mixed by Mark Lewis (Arsis, Belphegor, The Black Dahlia Murder, etc.), “The Passage Of Existence” delivers the sheer brutality Monstrosity has always been recognized for. Choice cut is “Eyes Upon The Abyss” which features arguably the best guitar solo on the album.

Gama Bomb – Speed Between The Lines

Sixteen years into the thrash metal game, the Irishmen in Gama Bomb show no signs of slowing down with LP number six. Their humorous take on zombies, monsters, and action flicks is ever-present, even including a song about Kurt Russell.

Released in October by label Season of Mist, Hate Eternal’s 2018 offering continues the bands assault of bottom-heavy riffs and beats loved by the band’s loyal fans. Between this and the new Monstrosity album, this has been a very good year for the Hrubovcak brothers.

A debut full-length from a Seattle band. If you were to blend High on Fire, Crowbar, and the early recordings of Mastodon, out would step Witch Ripper. This album received several accolades including “Best of Bandcamp in September” for the metal category.

Originally a duo from the UK, this 4th album with backing from Willowtip Records, has earned Slugdge a bigger audience as well as new members including The Black Dahlia Murder’s current drummer Alan Cassidy. The band continues is lyrical themes of slugs, malacology, and parodies of such with songs like “War Squids” and “Slave Goo World”. Musically, their style has elements of many different metal sub-genres including… sludge.

An essential melodic death metal album of 2018. “The Burning Cold” was produced by Dan Swäno, and enhanced by the leads of guitarist Markus Vanhala and melodies of keyboardist Aapo Koivisto. Hopefully you were able to catch this wonderful Finnish sextet this year on their North American trek with Dark Tranquillity and Amorphis, or if you’re in Europe, their headlining tour with support from Wolfheart and Nothgard.

Hail to the old school. This self-titled features the same buzzsaw guitar tone that Jungle Rot fans are familiar with. Notable traits of this record including the dueling riffs of “A Burning Cinder”, the melodic lead guitars on “Glory To The Fallen”, and a cover the Kreator classic “Terrible Certainty”. Albums like this, as well as more classic albums, truly show why this band was named “Best Metal Band of Wisconsin” by AltNation.

Best described as the death metal version of Power Trip, or a thrashier version of Asphyx. This band’s grind earned them the attention of Century Media Records for distribution beyond North America. The most defining feature of “Devouring Mortality” is the twin leads of the guitars creating haunting melodies. The mixing by Dan Swäno also contributed to this album’s heaviness.

Unleashed – The Hunt For White Christ

Swedish death metal legends Unleashed’s latest offering comes to us from Napalm Records. Eleven more tracks of Norse Mythology, Vikings and Death to grace our ears. “The Hunt For White Christ” comes on the dawn of the band’s 30th anniversary of existence. Congrats! And Hail Odin!