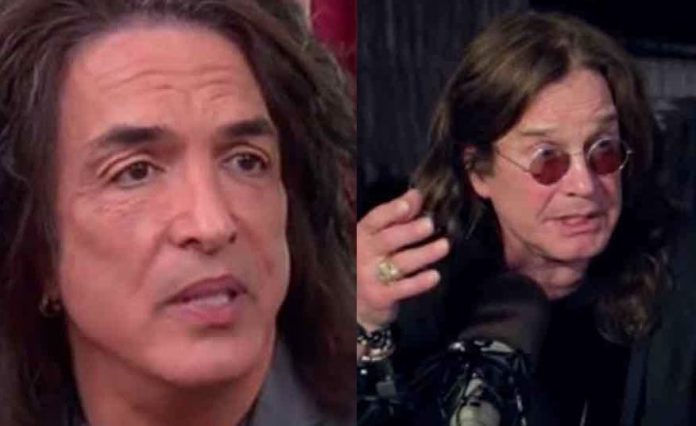 Ozzy Osbourne bandmate and frontman of the hit metal group Black Label Society, Zakk Wylde recently asked about the 2020 Rock & Roll Hall of Fame induction class in a new interview, and discussed how Paul Stanley and KISS should have been inducted immediately. Ozzy Osbourne’s wife revealed what Keanu Reeves did to her not too long ago.

“The first year we did the Rock & Roll Hall of Fame, we could have put KISS in there, I mean, let’s just look at the top of our heads, like, the first year, me and you were in charge, it’s just, like, ‘Alright, The Beatles, The Rolling Stones, Led Zeppelin, Black Sabbath, Fleetwood Mac, etc. I mean, we could just keep going and going about every act that we wanted, we already know this. If we put all 500 bands in, then what’s the point in coming back next year? It’s, like, the sitcom Hall of fame, it’s just like we already know they’re already in, but if we put them all in one year, then what’s the point in coming back?”

In other news regarding Ozzy Osbourne fans of the Prince of Darkness discussed his seventh studio album “Ozzmosis” and it’s legacy in a recent topic on Osbourne’s official Facebook page.

Ozzy Osbourne mocked his wife’s appearance yesterday. Jason stated: ” Good memories around the album Ozzy came out of retirement which was a Gorgon giving a blessing. The music business needed Ozzy more than ever at the time Marilyn Manson & Pantera too because grunge was on the rise which crushed glam & crippled thrash.”

Charles wrote: “Got it on day of release, love it, soo criminally underrated. Zakk’s finest work with Ozzy. Saw the Tour, where it was with Joe Holmes, Geezer Butler, Randy Castillo. Fear Factory opened. Ozzy rules!

William replied: ” “Ozzmosis” was one of my all-time Ozzy favorites with Zakk Wylde on guitar. It also featured Geezer Butler on bass! Some of the songs were very Sabbathy and it was a very powerful album!! The vocals, the songwriting, production, and performances were top-notch. I liked it very much!! Ozzy Osbourne reacted to tragic Elton John news a few days ago.