The 1970’s is well known for numerous science fiction film classics. Some of the best and most well known films in the genre came out during that decade including Star Wars, A Clockwork Orange, Logan’s Run, Alien, and Soilent Green. Nevertheless, there are a number of less well known gems from the era that are worth checking out. To celebrate the upcoming release of Star Wars: Rogue One, from the writer who brought you the ten most underrated horror films of the 1970s, comes a list focused on the science fiction films that are not quite as well known. Since he along with “Fangoria” author Josh Hadly covered some of the best Star Wars rip offs, none of those films will be included on this list.

Dark Star is a bizarre kind of sci-fi comedy. It is John Carpenter’s debut as both a writer and director as well as Dan O Bannon’s writer debut. In the far reaches of space, on a 20 year long mission, a small crew finds things start to go wrong. These include running out of toilet paper, getting chased by an alien beach ball, and a smart bomb that thinks it’s God. This film is full of great laughs and it’s fascinating to see how two film greats got their start.

Set after WWIV, this film is one of the strangest entries on the list. In this film a young boy and his dog share a telepathic bond which leads them on a search for food and sex. They are eventually lured into a underground colony of people who can’t reproduce. The citizens use the boy for his sperm and plan to get rid of him afterwards. If you re a fan of the stranger side of sci-fi, then this film is a much watch.

After playing an alien on his 1972, masterpiece of an album, Ziggy Stardust, David Bowie was perfectly cast as an extraterrestrial. In this science fiction drama, David Bowie comes to Earth to find water for his dying planet. He starts a company and ends up meeting a woman named Mary Lou who he falls in love with. The films is very dramatic and is also more of a cerebral film. You also get to see an over the top gun sex scene!!!!

Written by Jurassic Park author, Michael Crichton, Westworld, is the first film to use digital image processing pixellate photography to simulate an android’s point of view. The story is about a malfunctioning robot at an adult themed music park causing chaos and terror. The film was very successful spawning a sequel called, Futureworld, a tv show in 1980 called, Beyond Westworld, and a brand new show this year just called Westworld. Though the film was a big hit on release, it seems to be mostly forgotten by today’s audience. Hopefully the new TV show will revive interest in this classic once more.

Before George Lucas became the man we all know and love (and eventually would hate) for Star Wars, he made an excellent indie film known as THX 1138. This picture is about a dystopian world where android police use drugs to suppress the public’s emotion and sexual desire’s. Originally a flop at the box office, the film gained a cult following after Lucas made Star Wars.  With a great visual style and story line, this is a must seen for any fan of dystopian films.

Starring acting legend, Malcolm McDowell and directed by genre veteran Nicolas Meyer (Star Trek’s 2 and 6), Time After Time is a great spin on historical fiction. Author H.G Wells comes after Jack the Ripper when he uses a time machine to travel to the 20th century. While this concept sounds like it might be goofy, the film actually makes it work through good writing and performances.

Starring James Caan ( The Godfather, Misery), Rollerball is a dystopian sports/action film from Canada. In a futuristic society where corporations have replaced countries, a sport known as Rollerball has been invented to control the population. Filled with tons of action, cool effects and performances this is the best sports film out there (though that is not a very long list). In 2002 a remake was made. Avoid that film at all costs.

David Cronenberg has always been known for horrific films that involve the human body and The Brood is one of the best of it’s kind. A man tries to uncover a therapists bizarre treatment of his insane wife during a series of murders. This sci-fi/horror film is full of atmosphere and tension and has some of the most unsettling scenes put to film. If you love trippy films or just a fan of horror in general this film along is one to not miss out on.

Japanesse actor Sonny Chiba is mostly known for his martial arts classics such as the Street Fighter series (no relation to the game) and The Bodyguard (no relation to the Costner film). He is sadly not known for being in a film that is both one of the best war films of all time and one of the best science fiction films of all time. Also known as G.I. Samurai and Time Slip, this movie tells the story of an army squad that is transported hundreds of years in the past. They get drawn into a struggle between two clans fighting to become supreme shogun. The L.T of the squad sees this as a way to live his dream of ruling Japan and teams up with one of the clans. Many cuts of this film exist, but only the full 139 min version of the film is worth seeing as the other cuts remove important scenes.

Directed by master director John Boorman (Deliverance, Excalibur) and staring Sean Connery of James Bond fame, Zardoz is a film that every single film fan on the planet needs to at least experience once. Set in a dystopian society (The 1970s seems to love that setting), a savage that is only trained to kill, finds his way into a society of immortal beings that preserve the history of mankind. Also in this world killing is considered good and reproducing is considered to be the worst sin and God speaks through a large stone statue of a head( not making this up). Yeah this film is weird, really weird, but done in a way that makes it so excellent. The setting could only be described as a mixture of dystopian science fiction and a high fever dream and this fusion makes the film so memorable, creative and entertaining. Filled with messages and great visuals, Zardoz is a film that deserves to be up there with greats such as Star Wars, Blade Runner, and 2001. Plus you get to see Sean Connery run around in a read diaper!!! 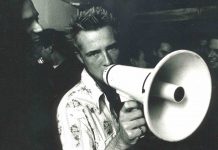 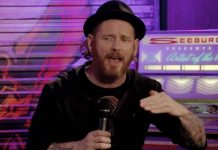