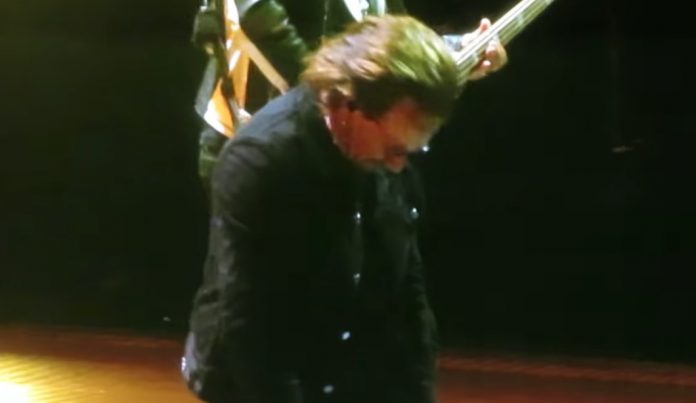 U2 frontman Bono recently discussed his new position as a board member of Zipline, a medical delivery drone company that could potentially help those with terminal diagnoses in a new feature with FastCompany.com. The U2 singer then revealed this stunning statement about HIV. Bono’s daughter tight corset photo stuns U2 fans.

The U2 frontman said: “The drugs that they needed existed, but they couldn’t get them. “I can still visualize the look in the eyes of those people in that queue as they were told that there was no treatment for their disease or that they couldn’t access these antiretroviral therapies,” Bono says. “And the strange thing about it was this unusual look—there was no anger, there was no rage, there was this strange sort of acquiescence. And I remember feeling nauseous. Then I remember my own anger. And I used it: I let that anger motivate me.” Bono’s daughter caught with Channing Tatum in U2 bed.

In other news regarding U2 and Bono, fans recently took to the official subreddit for the group to discuss what was the band’s best album of the 2000s. DressageDiva2You kicked things off by writing: “Which of the band’s albums released after 2000 do you think is the best? For me, it’s a toss-up between Songs of Innocence and All That You Can’t Leave Behind. But I guess if I had to choose I’d say Innocence because Every Breaking Wave is maybe their greatest song of the decade in my opinion. I just thought about Kite so gotta call it a draw between the two.”

To which Jay-Fizzy replied: “Songs of Innocence gets so much crap from iPhone users it’s not a bad album. I approve of your choice of Innocence being best, not my favorite but up there, 3rd, second behind Bomb and All You Can’t Leave Behind.” Fast Company has the full Bono piece.