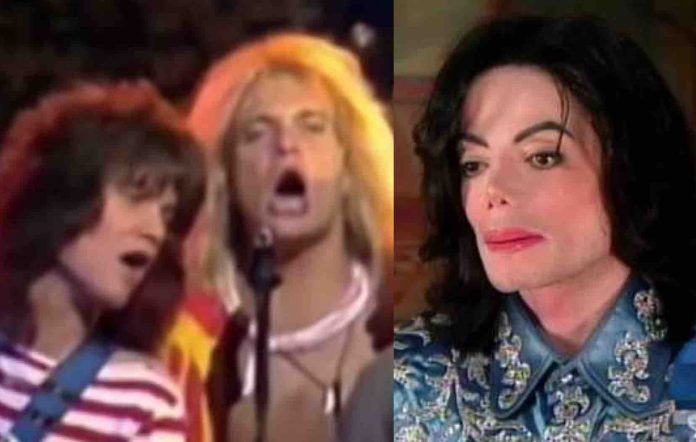 On a recent episode of The New Roth Show, Van Halen frontman David Lee Roth discussed who Michael Jackson ripped off in the creation of his signature dance, the moonwalk. Alternative Nation transcribed Roth’s comments

Roth: Now that you have, I’m going to say, sufficient and adequate controversy that you would say, heavy pencil probably…

[Roth looks off into the camera]

Roth: Do you retire Michael Jackson’s music, do you take it off of the air, off of the screen and the dance studios and everything? I’m old enough to have the questions but do you have the answers.

You know, I guess it was 1984, 1985, the Motown Classic or whatever. I’m bicycle distance from the gig Michael Jackson debuted the moonwalk Full disclosure, that came from some kids at Soul Train. If you look at the background and the fellas, I think it was the fella in Shalimar

Roth: Today, there is some controversy about young Michael or old Michael or middle Michael. There were different phases, like Elvis (Presley) or Anna Nicole Smith. First period, Elvis is like, [impersonating Elvis] “Thank you very much, Hound dog”. Second phase is maybe the comeback special in the black outfit and third period Elvis, which sounds like High School, is somewhat enlarged in the Las Vegas approach. Michael Jackson might have the same kinds of phasing. Nevertheless there is controversy, it’s colorful controversy and I’m gonna wonder out loud, do we retire his work?