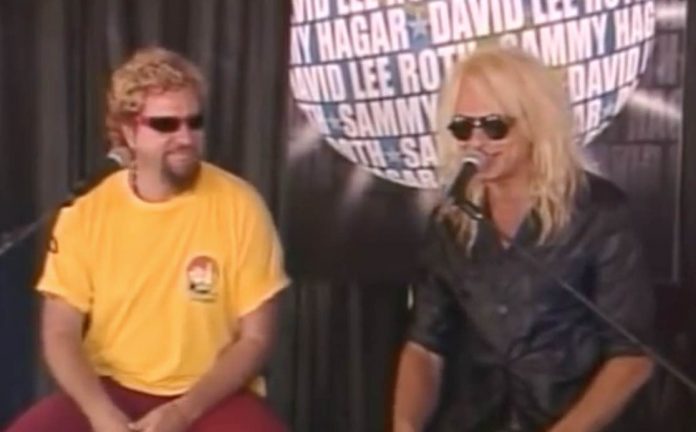 During a recent interview with the Palm Beach Post, it was revealed by Metallica icon Jason Newsted that he was called in to jam with guitar great Joe Satriani and Alex Van Halen. Along with David Lee Roth, the group would have formed a Van Halen tribute project. Newsted ultimately declined the project due to the fact that he felt it wouldn’t have done justice to the legacy of Van Halen.

In a follow-up to this development, during a new interview with Dave Kinchen on the “Rock Of Nations With Dave Kinchen” show, Satriani would discuss the project while on the press circuit to promote his latest studio album, “The Elephants of Mars.” Credit to Blabbermouth for the following transcription.

Satriani would state: “For me, it was a terrifying prospect of doing something like that, but I realized that it was something that would be a real labor of love for me. I was just so honored to take on the challenge.

He would continue: “It’s very complicated and all I can really say about it is that if it does happen, I know we’ll make it the greatest thing ever for the fans and we’ll all celebrate together not only the great Eddie Van Halen but the legacy that that band created, the amazing amount of music and the goodwill and good vibes they created as a band.”

The legendary rock guitarist would also state his surprise over Newsted talking about the project prematurely as he also would say: “These things are always happening in the music industry, and you’re supposed to keep very quiet about it [laughs], because sometimes they don’t work out,” he said. “There are usually about 10 crazy ideas that float around and musicians are always, like, ‘Okay, I won’t say anything about this ’cause it may not work out. I don’t wanna hurt this person’s feelings or disrupt any other business plans.’ So, yeah, we were all pretty shocked that Jason wanted to go public with it ’cause we were all sworn to silence. [Laughs]”

Satriani also suggest ‘all eras’ of Van Halen would be part of the tour, which would include Sammy Hagar.