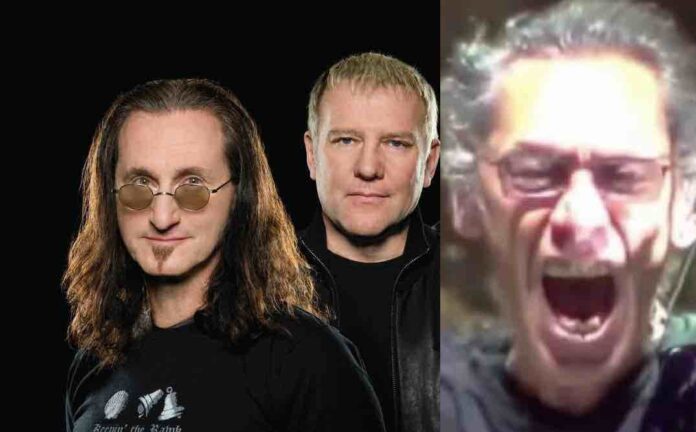 An Eddie Van Halen tribute show was addressed in a new series of tweets. Eddie Trunk tweeted about the surviving Van Halen members getting together a reunion for a tribute like has been discussed, “Impressive and deserved tributes for Foo Fighters drummer Taylor Hawkins. LA and London announced. @rushtheband finally will get their Alex & Ged reunion. Hopefully whoever is organizing this can next help @VanHalen figure out a tribute for @eddievanhalen!”

A fan responded, “Probably the problem is Wolfie. Great musician but very complicated.”

Van Halen’s Michael Anthony is one of the legendary bassists and he has performed between 1974 and 2006. He has also served as the backing vocalist. After leaving the band, the musician, when performing with his band The Circle, has on several occasions taken the lead vocal duties on Van Halen classics live, showing the full abilities of his pipes and leaving no one indifferent. Classic frontmen like Bon Jovi and David Cloverdale are getting criticism on their recent live shows.

Michael Anthony outlines what singers need to work on

In an interview with Jeremy White and Mitch Lafon, Michael Anthony was asked about what he thinks when singers record songs where they hit notes that they can’t replicate years later, to which he replied (transcribed by UG):

“I mean, If there are any exceptions, maybe one or two, but everybody starts tuning down a whole step. And it’s no fun for the bass player, lemme tell ya. Yeah, and I don’t even go there, but thank god I can still hit the high notes. [laughs]”

Another thing that sets Van Halen apart from many of their peers is that they took their sweet time before they started relying on live albums and “best of” compilations to boost sales. The band’s first live record came out in 1993 when Sammy Hagar was the frontman, with “Live: Right Here, Right Now” documenting a two-night performance in California.

You can check out the interview below: