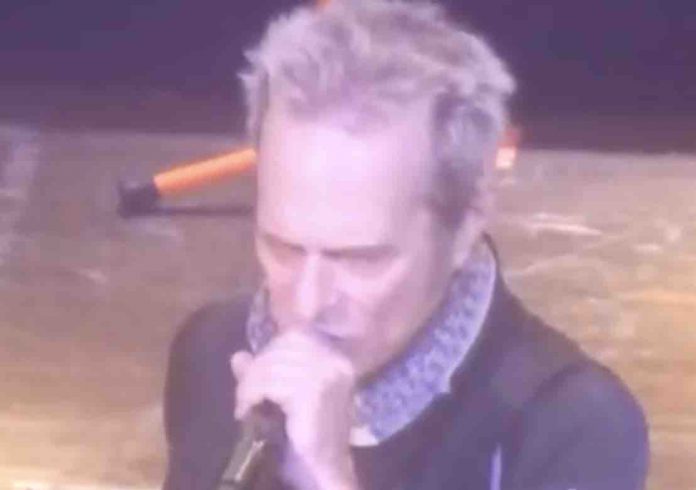 Van Halen singer David Lee Roth recently kicked off his Las Vegas residency, and some of his longtime fans have asked him to retire after he forgot the lyrics to a classic song. David Lee Roth reacted to ‘sick’ Eddie Van Halen rumors earlier this week.

kngnothing83 posted on MetalSludge.TV, “This is California Girls. He forgot the entire first verse. And not in the cool way he used to do it back in the day, where it was on purpose. You can tell he forget the first verse. The song starts around 2:10. The first two minutes is a rambling story about dog eyebrows.”

El Vampiro Blanco responded, “Jesus, brutal! He doesn’t even seem to try to sing in a normal range or follow any of the melodies. He’d be better off just talking the lyrics. And why are rockstars still using these ridiculous laces instead of a zipper or buttons on their pants?”

MegaBeth said, “That was awful. Can’t these old guys let go and just retire gracefully? He looks like a clown and sounds worse than the average karaoke singer.”

Anthrax442 chimed in, “Just like in 2015, it depends on the song, or the part of the song. Some parts he sounds fine, and then others…yeah, even I can’t defend that.

Hopefully the more shows he does he’ll warm up a bit. Ozzy is notorious for sounding like shit at the beginning of tours as well. At least the band is tight.”

TB posted on VHLinks.com, “My armchair YouTube viewing of the clips…The band as it is now sounds a *lot* better than the rehearsal clips from late last year. There’s a lot of room for improvement in the setlist especially in regards to pacing and choosing some better Roth solo material but for a first show, it’s better than I was expecting.

Dave’s limited singing is pretty much in line with the pattern he established from the 2012 VH tour onwards. I’m glad he’s out there still doing shows and seems to be having a good time doing so but speaking only for myself, much like anything Hagar does, without the VH brothers at this point in the game it’s not worth my time or money to revisit.”

Van Hampshire concluded, “If Dave is going to sing this way then he absolutely needs to hang it up. If your favorite quarterback that played great all of a sudden couldn’t hit the broad side of a barn with a screen pass would you still want him to go out there and try to win games?” Eddie Van Halen was rumored to have let David Lee Roth go a few months ago.