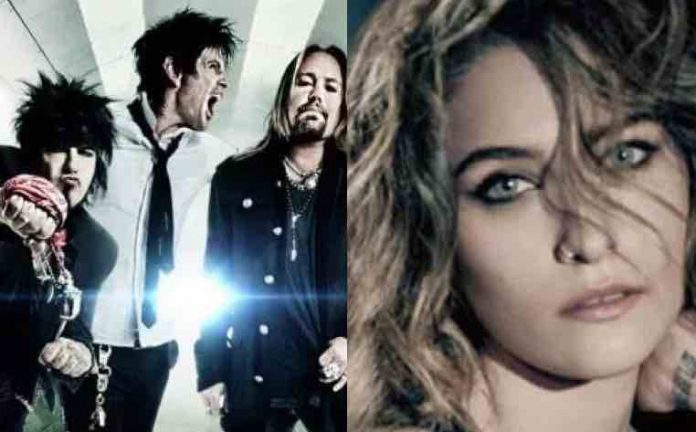 Michael Jackson’s daughter Paris Jackson recently revealed that she was listening to Motley Crue when she had a head banging accident. She tweeted, “apparently i head banged so hard that I ‘simulated a car crash’ and gave myself whiplash lol. not to point any fingers or anything but thanks @MotleyCrue.” A Motley Crue gym ‘rant’ just leaked.

VanityBinge recently asked on MetalSludge.TV’s forums, “Why did Mötley Crüe drop Bitter Pill and Enslaved from their Greatest Hits album?

This has bothered me for a long time. Two really awesome fucking songs, arguably better than anything on Generation Swine, were released on the 1998 Greatest Hits and then dropped on the later red-covered re-release you find in stores today. The demo versions are awesome too.

Why did they drop these songs? If they ever do a proper anthology type thing, they definitely belong. I don’t get it.”

Wild Obsession responded, “Although great songs, probably because they didn’t become ‘hits.’ They are on the Red White & Crue anthology.

What bothers me is the inclusion of 2 forgettable/vanity/shit songs from Quaternary on Red White & Crue, totally kills the momentum of the collection.”

CrankerBait said, “Red, White and Crue is the only Motley Crue compilation worth owning. They’re on it, I think.”

SeminiferousButtNoid concluded, “Bitter Pill is the best song they wrote after the classic years. I wish they had gone in that direction.”