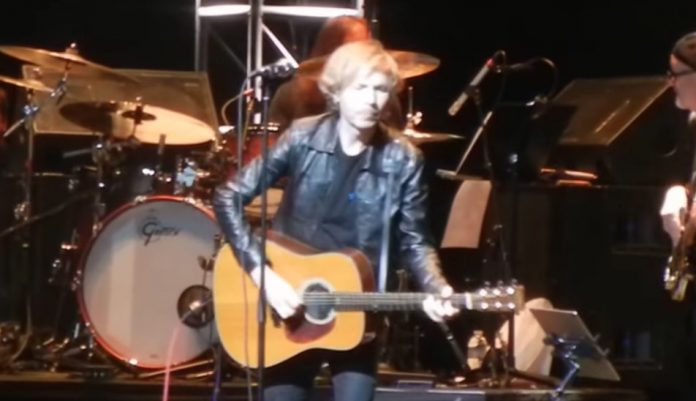 Surviving Tom Petty and the Heartbreakers members Mike Campbell, Benmont Tench, and Steve Ferrone performed at Light Up the Blues over the weekend, an autism awareness benefit concert put on by Stephen Stills and held in Los Angeles.

Beck fronted the band to play “Guess I’m Doing Fine” and “Where It’s At”, Patti Smith sang “Because the Night”, and Still performed the Heartbreakers classic “I Won’t Back Down.”

Tom Petty’s autopsy results are in, and they show the singer died from an accidental drug overdose as a result of taking a variety of medications.

The L.A. County Coroner says a number of Tom’s organs failed due to “mixed drug toxicity.”

The autopsy report says when paramedics arrived he was in full cardiac arrest, but CPR revived him — but on the way to the hospital he lost pulse for 20 minutes. He went into cardiac arrest a second time in the hospital and died 21 hours after being admitted.

Tom’s autopsy report shows the singer was on several pain meds, including Fentanyl patches, oxycodone (Oxycontin), temazepam (Restoril), alprazolam (Xanax), citalopram (Celexa), acetyl fentanyl and despropionyl fentanyl. The reason doctors prescribed the meds was because of a number of medical problems, including emphysema, knee problems and a fractured hip.

The family says the linchpin to Tom’s demise was the fractured hip. He insisted on touring for 53 concert dates with the condition, which worsened over time and caused him to take the meds. On the date he had the heart attack he was told his hip had graduated to a full-on break that made the pain unbearable and may have caused the overuse of meds.

As we reported … Tom’s official death certificate left his cause of death as “deferred,” leaving it as a mystery until now.

We broke the story … Tom went into full cardiac arrest before being taken to a hospital in L.A. He eventually died when his family took him off life support.

Fentanyl was also linked to the deaths of Prince and Lil Peep.