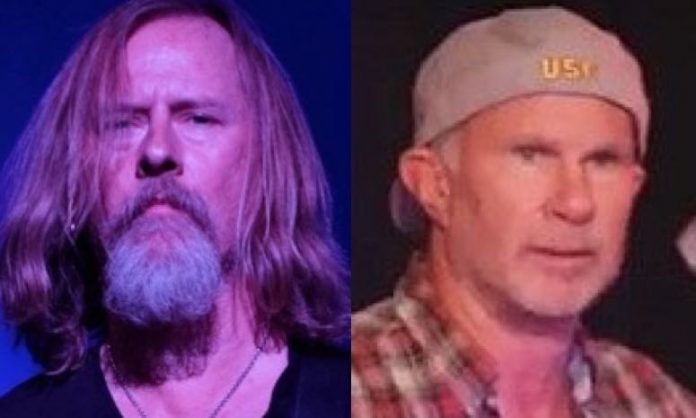 Jerry Cantrell wrote on Instagram, “AIC in Aukland 32 years in the making finally came to be. You guys brought it hard tonight . Thank you for having us. Chad Smith and Josh Klinghoffer joined us to end the main set on Them Bones and Dam that River. The Red Hot Alice In Chains Chili Peppers sextet. What a blast.”

He wrote before the show, “I am the Jenga champ last night at the ding dong lounge 5-2. Having a great time in Aukland . Headed to the arena to get ready for Zee rawk show. We may have a little extra surprise for you folks tonight 🤘🏻”

“Well ….we finally made it. We had to cancel our New Zealand show in the early 90s and unfortunately we’ve never been back till now. Looking forward to rocking out Aukland on Thursday for the very first time. Having a nice stroll around town at the moment🤘🏻”