Eddie Van Halen has been photographed in public for the first time since reports have surfaced that he is yet again, with trips to Germany for treatment fortunately helping keep the disease in check. Eddie was photographed Saturday at the McLaren Beverly Hills dealership, and he was kissed by a fan!

susinirvana wrote, “I’ve had a bad week, so please indulge me in this gushing post. I love my job. I love the cars, I love my co-workers and I love the clients. Admittedly, I’ve had more than my share of cool things that I’ve done in my life.

Co-worker: ‘Sue, today you got to make out with a rockstar.’ 😅 Yes… I…did! 🤯
Today will forever be the day I kissed…Eddie Van Halen!!! My mom wouldn’t let me go see them when I was 14, so it only took 35 years for the universe to right that wrong.

Absolutely the sweetest guy–with a twinkle in his eye.❤️ I told him that today he made me the coolest kid in high school. Never in my… wildest… dreams. Eddie, you have no idea how much you made my day. Thank you for just being you.”

Eddie Van Halen’s ‘goodbye’ note to a bandmate was recently revealed. Get The Show On The Road commented on VHLinks.com, “He looks more like himself in that pic which I take to he a good sign.” Jungle Drummer responded, “Plus, was Ed out looking to buy a McLaren? He does look better, pretty much normal for a 64 yr old guy, in that pic.”

He added, “One funny thing I’ve noticed, and it’s been mentioned by others before, about Ed, Dave, and Al. ALL three of them always seem to be wearing heavy coats in almost every picture, even in sunny and warm California.

Of course, Ive seen Coulda and others on here whine when it’s ‘only’ 70 and partly cloudy down there.”

Fudd chimed in, “McLarens are wild cars. I thought he was a Porsche/Audi/Lambo guy but he’s clearly got good taste. Plus I know the lambo he sold was worth well over a million.” A sad Eddie Van Halen alcohol story was revealed by a bandmate a few days ago. 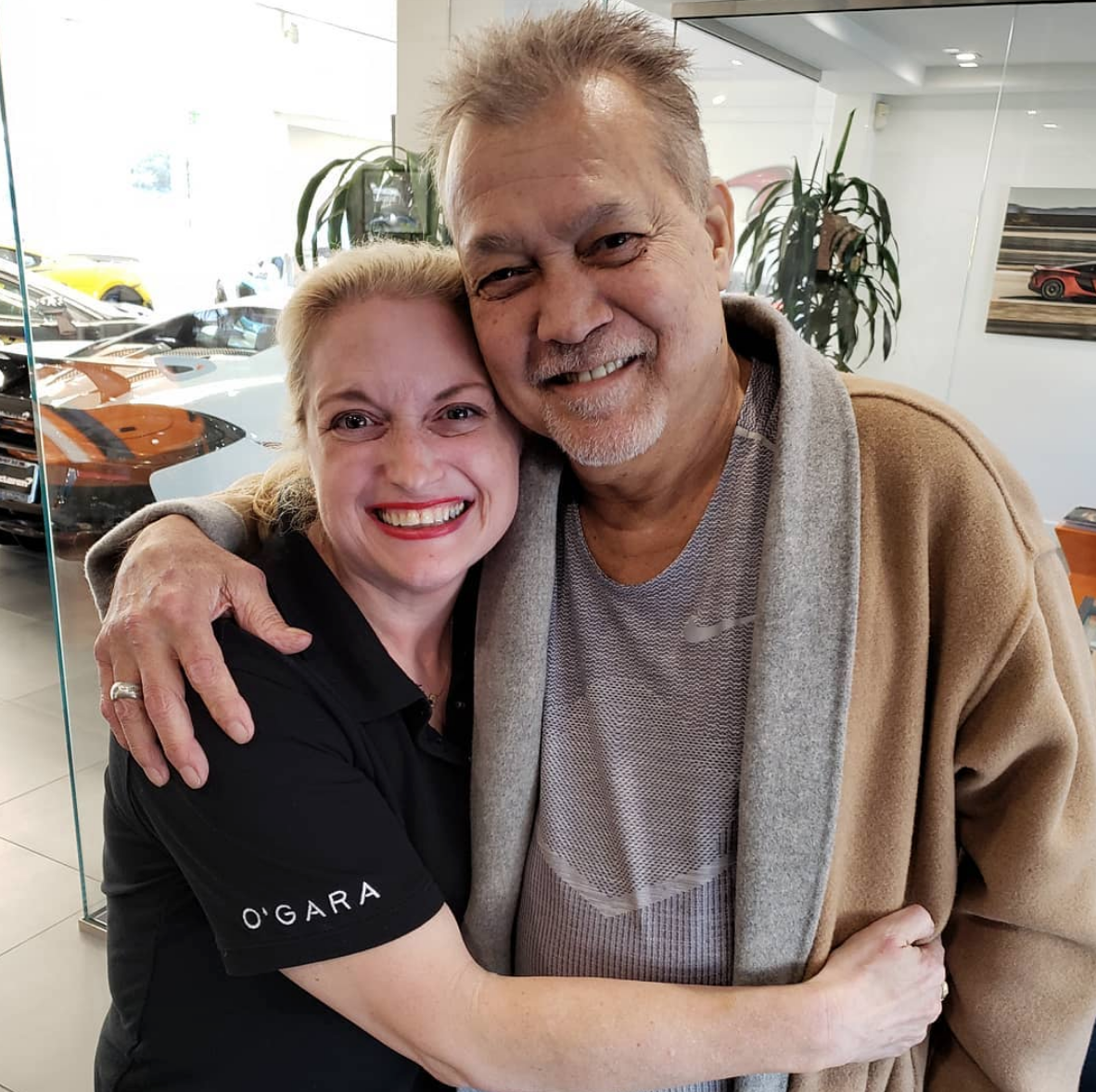