KISS icon Gene Simmons’ lovely wife Shannon Simmons has posted a new video on social media of herself getting medical tests. She wrote, “Some days are better than others. #bloodwork.” Gene Simmons’ daughter was photographed sitting in mud yesterday.

bordaanna commented, “I’m in the medical field and I’ve never seen that many tubes drawn on someone😳😲wishing you the best.” jamie_yooo_mama said, “@lorie__mac yeah I never would have used a butterfly. That just makes the draw take that much longer.”

mskatastrophe responded, “@jamie_yooo_mama but does it help the person to not pass out? I know for me, I pass out easy if the blood is taken too fast. And too much. I pass out after 5-6. Lol Used to when I was severely anemic, anyhow. Not as bad these days. I haven’t had this many vials at once, though.”

Paul Stanley recently made a bold Gene Simmons daughter claim. bordaanna wrote, “@jenfitzgerld besides, in those yellow and tiger tops you can run up to 6 tests in one.” She added, “@mskatastrophe also, you cannot draw more than 50ml of blood on somebody.”

meterdoctor said, “Those viles hold less than realized. All those combined is less than a pint of donated blood. Get it done and over for piece of mind for positive outlook moving forward!!” robynmasonclark commented, “That’s a whole lot of tests! Everything okay? Make them give you a snack before you get up off that chair. That’s a lot of blood.”

robynmasonclark wrote, “@jamie_yooo_mama I don’t know much about it… but I passed out after I had a bunch of bloodwork done… when I came to, they gave me some crackers and a drink. Then I had to call someone to pick me up! So this freaks me out! I imagine they know what they are doing though.” Gene Simmons’ wife looked like a man in a video filmed a few days ago. 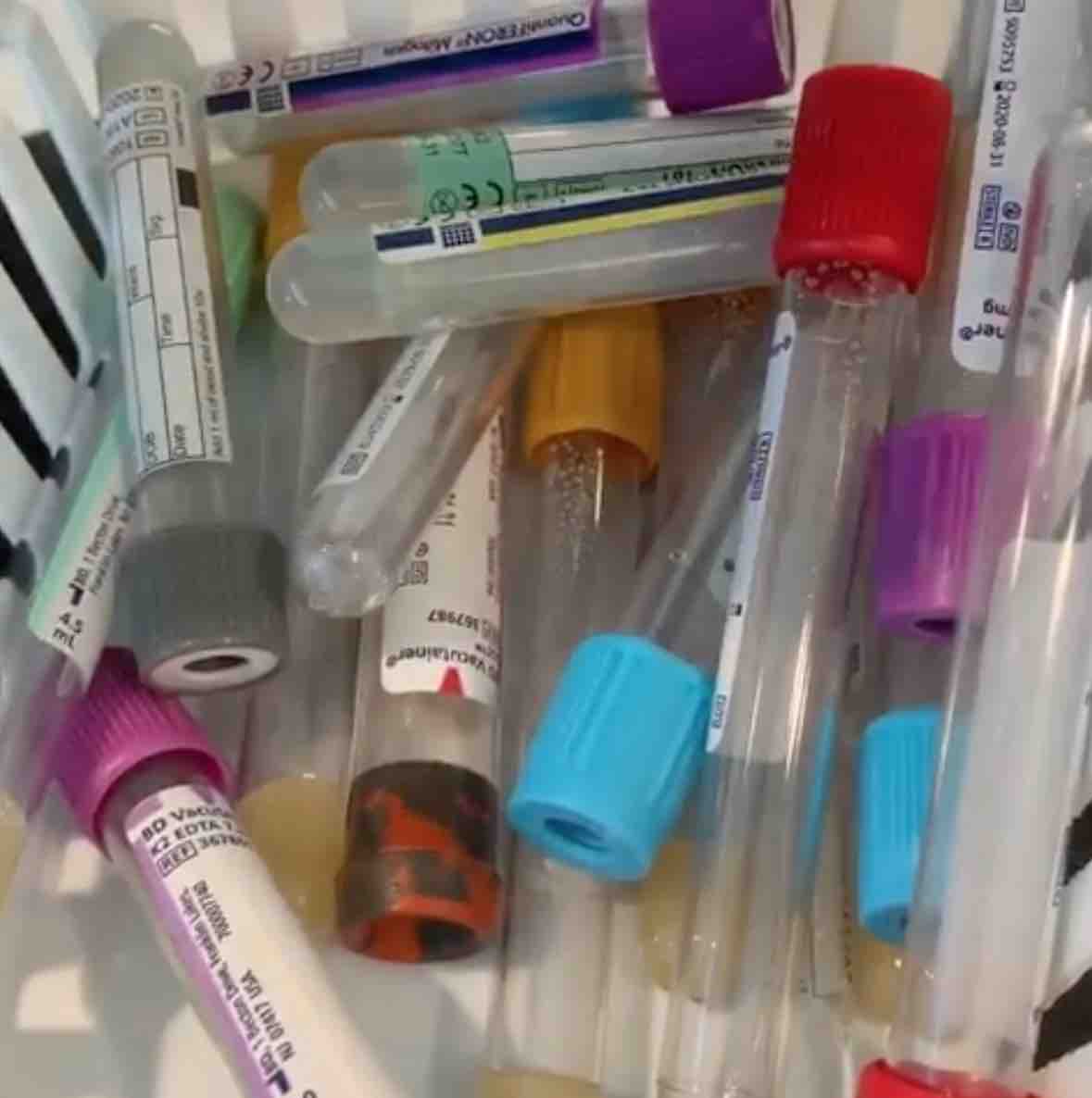