We recently reported that Paul Stanley had to cancel a some KISS tour dates due to influenza. In a follow-up to that same story, a fan on the KISSFaq fan forum posted this very suspect photo of the KISS frontman in the studio along with a gentleman by the name of Alex Alessandroni Jr. Paul Stanley recently revealed if he’s ‘finished’ With KISS.

The fan, going by the user name Mr. Slow stated that “I guess I just imagined a bedridden Paul earlier this, not someone hanging out in the studio.”

The user would then deduce the following on why this picture could have come to fruition: “Earlier this week makes it Monday 11th or Tuesday 12th maybe. On Monday the dates were changed. They moved Perth to the end of the tour and canceled and see to try and allow time for Paul to get better. Then Thursday the tour was canceled.” Ace Frehley recently revealed If KISS’ Paul Stanley is lip-syncing.

The user continued: “It’s possible that Paul wasn’t feeling well here and only got worse in the 48 hours after, forcing the entire tour to be canceled. It’s also possible he jeopardized the whole tour by not resting when he should have been. Remember the doctor’s orders were for rest. And another scenario again is that this was actually taken on Thursday and when Alex Alphabet realized what had happened he tried to cover it up. Why post it like it’s happening that day if it isn’t?”

The user concluded: “As somebody who had tickets to two shows, I don’t want to believe any of these scenarios but realistically it has to be one of them!” KISS confirmed first performance without Paul Stanley not too long ago. 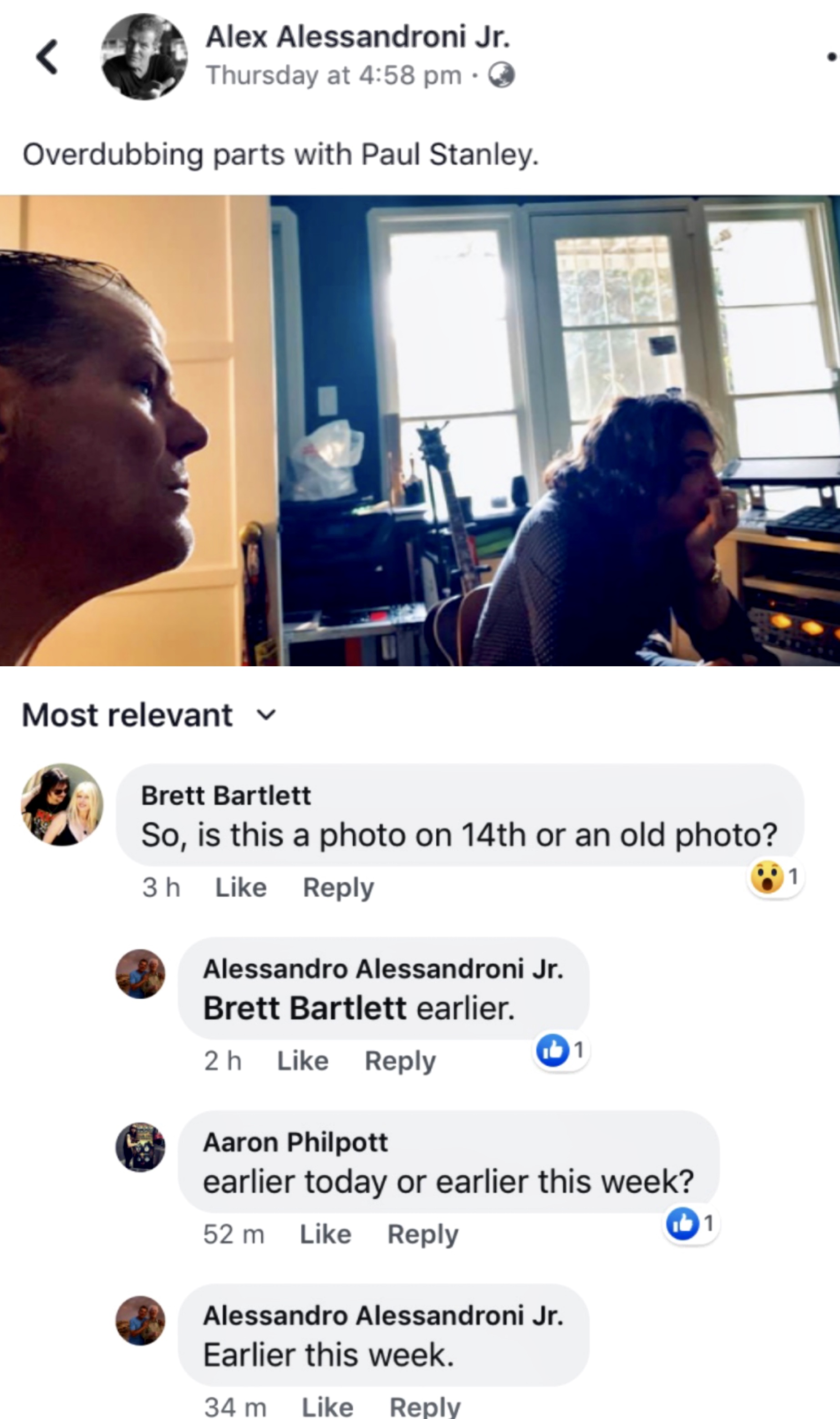