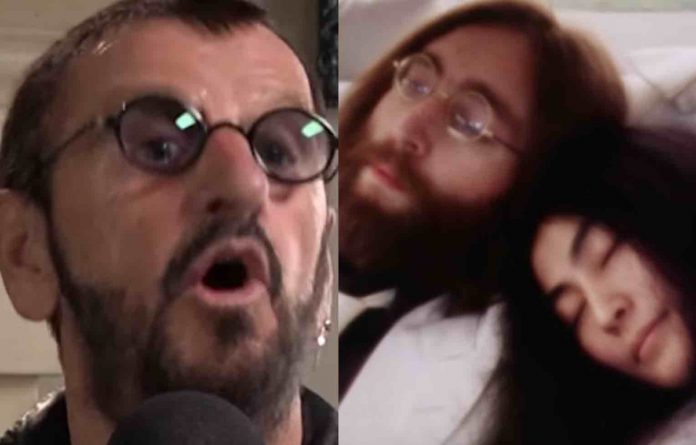 Ringo Starr: You know, I don’t think at that moment when we were doing Abbey Road we thought: “That’s It.” We were doing Abbey Road. You change, you know I had two kids, I was married, I wanted time for that, John had found Yoko [Ono] and that had changed things. It was a natural thing and I believe because of that every band should end in eight years. [Laughs]

The reviews are in for Ringo Starr’s latest studio album ‘What’s My Name’ and fans can’t help but stay impressed with the continued efforts of Starr. As one reviewer exclaimed via Amazon. Ringo Starr recently revealed if John Lennon hated George Harrison.

“I’ve just finished playing this piece of plastic for the first time, and there’ll be a second, third, etc. There’s not one bum note or downbeat song on this whole album. Ringo’s in possibly the best place in his life and it comes across on this album – as it had on his previous LP, Give More Love. A lyric in the title track about still being in the game rings so true. Ringo’s game just keeps getting stronger. While the entire record is all about positivity, the songs on side two really pack a punch with songs like “Thank God for Music” and “Better Days”. Ringo was always the most positive, upbeat one in the band – he refused to get in on the in-fighting of Paul [McCartney], John [Lennon], and George [Harrison], sniping at each other, not including any of the others on their early solo LPs, save for John bringing Ringo on Plastic Ono Band, and George on Imagine.

The reviewer continued: “To his credit, however, Paul has and continues to help out on Ringo’s records, and I’ll have to give Grow Old With Me another listen because I can’t really hear his “BGV’s”, but it’s just nice to know he turned up for the session. This makes me think of “Early 1970” when Ringo asked the musical question “I wonder if he’ll play with me”. All three of them have and thank God for (their) music.” Ringo Starr recently revealed The Beatles reunion: ‘it will be epic.’