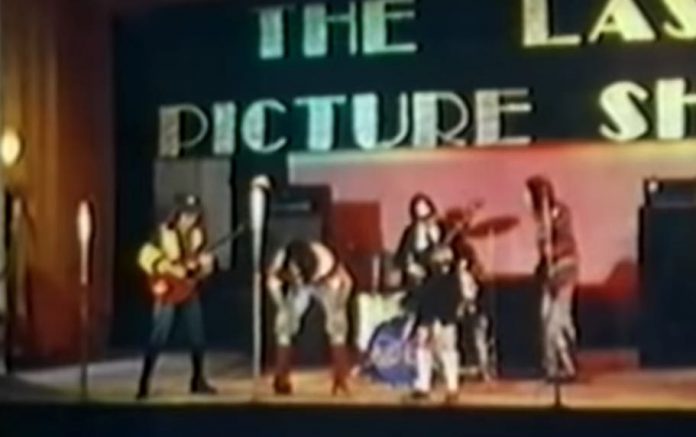 Original AC/DC singer Dave Evans’ son Mark recently wrote on Twitter about the tragic AIDS epidemic being a fear in society among young people from the 1980’s until today, while other major fears in society have come and go over time. An AC/DC icon recently told a big name Angus Young ‘replacement’ story.

Evans said, “You know with kids trends come and go……..Back in the 80’s we had WW3 over our Heads and AIDS…..still here.”

DoinNothingMeansALot posted on ACDCFans.net about Brian Johnson reportedly having vocal surgery years back, “It wasn’t time off or a change from rollies to cigars, it was a surgery to remove nodules from his vocal cords. That’s why it was so clean in 2005, and why I really don’t like it despite that he was able to hit the high notes again.

It’s the same thing that Axl Rose did around 2000 and that’s why he came back in 2001 with a clear and clean voice like he’d never had before and was hitting higher notes than ever. But the trade off is sounding like Mickey Mouse on those high notes, and frankly that’s true of Brian here, too. I think he sounded better on BI once he’d worn it in a little, but the whiny-ness of his new voice still bothers me on that album.”

Bedlam_in_Toronto responded, also referencing a rare song that was posted, “Thanks for sharing that — never heard it before or knew it existed. The band’s a bit generic but Brian does sound great. I do think he sounds pretty similar on Black Ice, however. Maybe BI is just a little overly polished and that’s why this demo song catches our ears.

Didn’t know about the nodes surgery, either. I like that Brian, post-surgery, even if some think he sounds Mickey-Mousey on the high notes better than the Brian who sounds like Donald Duck on all the notes.” An AC/DC icon recently discussed a ‘last show’ with Angus Young.