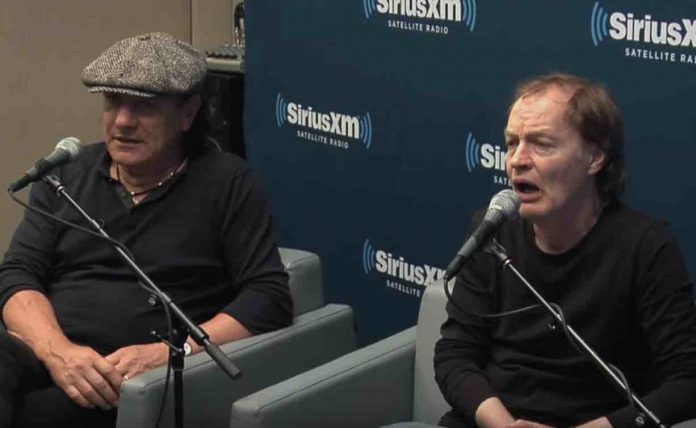 AC/DC replacement drummer Chris Slade recently revealed to Rock Today how he was rehired 5 years ago, and who he believed Angus Young would hire to replace Phil Rudd. An AC/DC icon brutally disrespecting a waiter at a restaurant was just revealed.

“It was great. There were a lot of detractors also by the way “he’s not the real drummer. Phil Rudd is the real drummer” which was water off my back actually. I just did my job! It was fantastic that they asked me back and in fact when the manager called me first of all, I asked ‘is this coming from the band?’ and he said ‘Yes, of course it’s coming from the band! I wouldn’t call you without the band having said.’ And it was very late in the day. Everybody for about 6 months kept asking ‘have they called you yet?’ and I’d say ‘No they haven’t, and they ain’t going to call, okay!’

So when I got the call, and I was on the road in Switzerland at the time with Timeline, I was virtually incredulous they had called me. I thought Angus might have a nephew or something, which is what Stevie (Young – guitarist) is of course, that plays good drums, you know. I was absolutely made up and the tour was fantastic, playing to 80,000 people every night in stadiums, and I wasn’t fazed by that because when I was quite young with Tom Jones, I played Madison Square Gardens for a week, for instance.”

An AC/DC member recently was forced to ‘cancel’ a 2020 reunion. IronPatriot recently posted on ACDCFans.net about radio host Eddie McGuire’s claim that AC/DC will tour in Australia this fall with Brian Johnson, “Is the general consensus that Eddie McGuire was wrong with his claims? Things seem to have calmed down by a lot since last week…

MyCubiclePenguin responded, “It seems to be for a few people, but the only main consensus as far as I can tell is ‘we’ll just wait and see.’ McGuire appears to be more and more incorrect by the day, as the period he claimed for release of the record is drawing ever so near yet we haven’t heard a peep from anyone. It doesn’t feel like the calm before the storm as much as it does the calm that subsequently leads to more calm.”

IronPatriot shot back, “I think you are absolutely right. I personally think if someone truly has information they shouldn’t just claim it. They should back it up with some sort of hard evidence. Otherwise it all just feels like everything else has ever since Vancouver. By hard evidence I mean something like a screenshot or some sort of secretly snapped photo of an album cover or tour dates or a list of songs. Without that I don’t see much reason to further examine all of these rumors.”