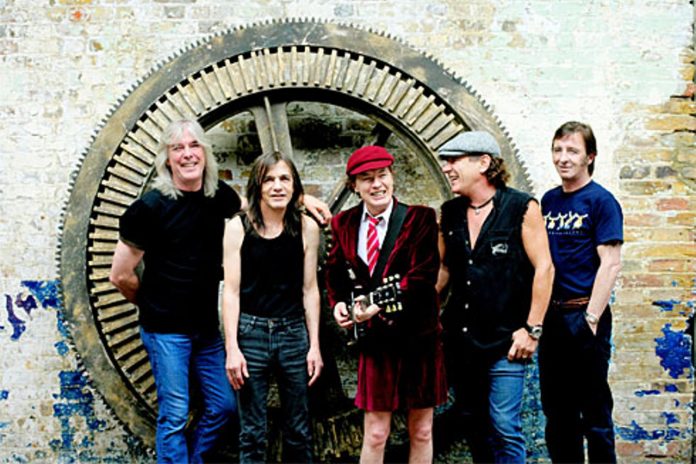 AC/DC fans on ACDCFans.net recently discussed the late Malcolm Young going on a tirade at a restaurant, and getting an employee fired. An AC/DC icon recently leaked an Angus Young ‘passing out’ photo.

Briany posted, “The worst stories of Mal’s temper like the waiter incident, the Phil incident, and the sudden sacking of their manager all come from the early 80s which – and I don’t think this is a coincidence – is when he was in the worst depths of his alcoholism. I think that context is important to mention. Malcolm seemed to have had chilled out way more once he emerged from rehab clean and sober.”

MyCubiclePenguin responded, “Never heard that waiter story. Never meet your heroes I guess. I’ve also heard good things regarding Mal, though in all truthfulness I’m not fully caught up on incidents involving him, so maybe there is more bad than good. We can say one thing, though – if he was a dick, he tried to keep it to himself for the most part. He obviously wasn’t a fan of personal publicity.

I won’t lie, it damages my perception of the man I hold in such high regard to read things like that, but surely that can’t be representative of his entire character. This is the same man that supposedly had to constantly practice on the BI tour as to not forget the songs because he wanted to deliver a worthwhile product that didn’t disappoint – you can’t say that for a lot of musicians who know that their status/name will get them money regardless.”

Spellbound commented, “For the sake of clarity, it was actually an incident with a hotel chef, not a waiter. Malcolm ordered cottage pie on accident, got what he ordered, then demanded a guy that wasn’t even his employee to be fired after lobbing it at him and calling him a c**t. For giving him what he ordered.” An AC/DC member recently leaked a ‘last show’ with Angus Young after tour rumors.