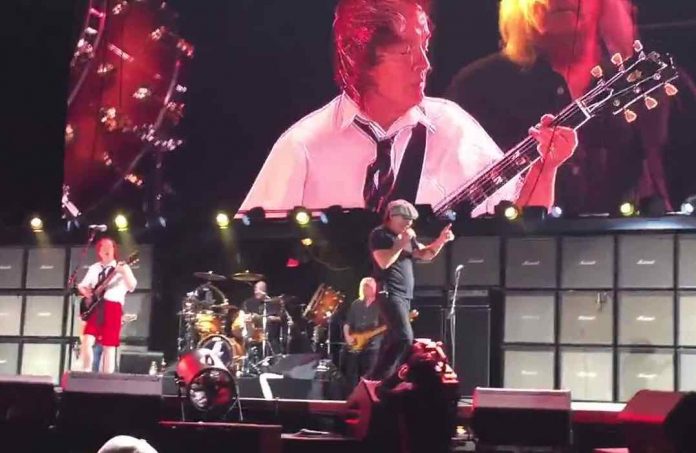 AC/DC drummer Chris Slade has revealed that rock is not dead and neither are AC/DC shows, as they ‘play in stadiums’ to ‘80,000 people every night.’ There are rumors that Brian Johnson, Phil Rudd, and Cliff Williams will reunite with Angus Young for a new AC/DC album and tour in 2020, but Slade still seemed proud of his status with the band. Could Slade be sticking around? We’ll have to wait and see. An AC/DC icon revealed yesterday how a disease killed his bandmate.

It seems that today rock has been eclipsed by pop, hip hop and other genres. Are we getting closer to that saying that ‘rock is dead’? Or are you still in good health, watching the poster of the festivals?

“With AC / DC we play in stadiums before 80,000 people every night and it is a group that has sold tens of millions of records worldwide. How can anyone say that rock is dead?”

So, what do you think of the current music industry?

“My opinion is the same as always, that there is some music that is good and another that is bad.”

An AC/DC icon was stunned by a firing after a drug arrest. CWT1965 posted on ACDCFans.net, “As it is the 40th anniversary next year of Back In Black I wonder if they will do some back in black only shows as opposed to a 2hr 20+ song set, less strain on Brian’s health too

The Who did this with Quadrophenia. Couple of years ago Pink Floyd with The Wall. Fleetwood Mac did it with Rumours. Stevie Wonder did a tour where he just played 1 album. Selected shows in a few countries, possibly festivals or arenas as opposed to stadiums, AC/DC performing Back In Black album and nothing else.” An AC/DC icon messed up after drinking in a video.

Cannon wrote, “I was thinking how fortunate we are. Think back. Seriously. If anyone had told you around lets say the Ballbreaker or SUL timeframes, there would be ANY talk of speculation that anything with the band would be happening on the heels of 2020, would you not have killed over laughing??” You can read the full Chris Slade interview at La Verdad.