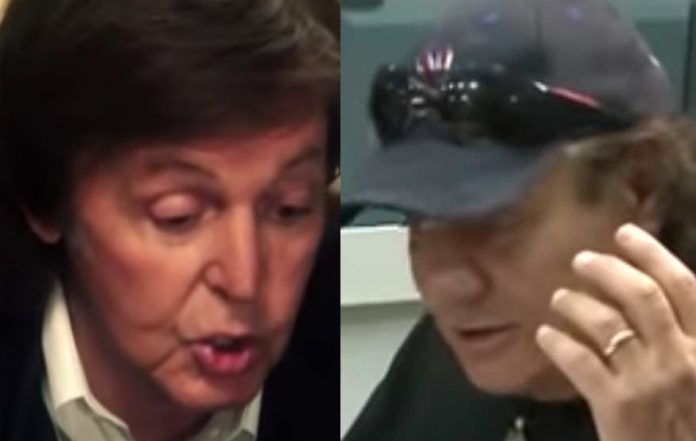 Joe Elliott: When you join a band, it’s because you want to play on stage. Nobody ever went, ‘Oh, I can’t wait to spend 5 years in the studio.’

Joe: Nobody ever said that. Why we do that, I have no idea. Narcissistic, I don’t know what we are. But it’s just our thing. If it wasn’t for the fact that McCartney, Lennon, Jagger, and Richards did this, all these people that made fantastic music that came before us, gave us that goal. If they’re narcissistic, I want to be that narcissistic. (Angus Young savagely disrespected Keith Richards yesterday)

Brian: I think I said it to you once before, you’re the one of the few ones I really, really respect. I am proud to be your pal, I really am. Learn, the lot of you, learn by what this man says. It’s f***ing fabulous with what you finished with there. It’s f***ing textbook shit that should be written.

AC/DC are rumored to tour and release a new album in 2020, reuniting the surviving ‘Back in Black’ lineup of Brian Johnson, Angus Young, Phil Rudd, and Cliff Williams, following Johnson, Rudd, and Williams departing from 2014 to 2016, leaving Young as the sole remaining classic AC/DC lineup member. Malcolm Young also died in 2017 a few years after retiring from the band due to dementia.