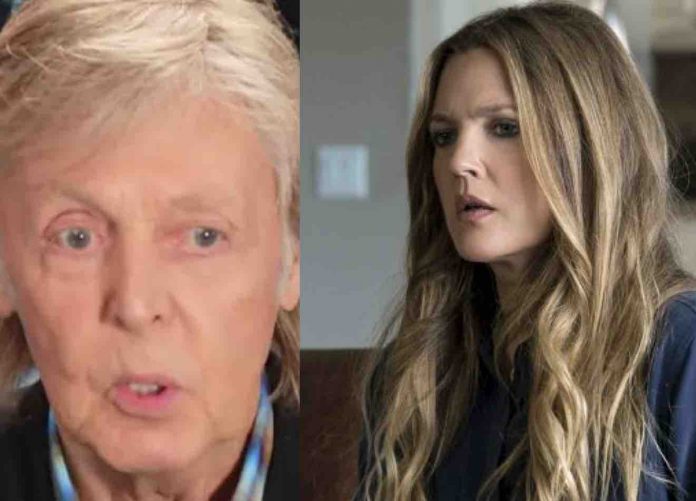 The Beatles icon Paul McCartney‘s daughter, known fashion designer and animal rights activist Stella McCartney was recently spotted at a posh event sponsored by WWD [Woman’s Wear Daily]. It was during this high-class event that McCartney was named this year’s Corporate Citizen for her work and crusade in the world of ethical fashion. Howard Stern recently revealed this Paul McCartney hotel room demand.

However, McCartney didn’t come alone. She did bring a date to this elegant and chic affair. A-list movie star and McCartney’s good friend, Drew Barrymore. Along with being one of the world’s leading actresses, Barrymore is also no stranger to the world of fashion. Barrymore launched a women’s fashion line in fall 2017 in conjunction with Amazon.com called Dear Drew. Paul McCartney ‘angered’ his son in this emotional photo.

Stella McCartney’s adoring fans reacted on Instagram to not only the video of the power couple and best friends together but of the award win for McCartney.

Demadly responded with: “Well deserved. You are such a role model and what you’re doing is super important. Let’s be the change we want to see in the world.”

Paul McCartney confirmed this massive The Beatles reunion not too long ago. Diegozamoramu said: “I feel so represented by her, clearly, she is a mega-celebrity but I feel represented by her in her personal things, I love Drew Barrymore.”

Rlpeeps2012 praised: “Your mama would be proud. Congratulations! And to Drew Barrymore.”